The launch of the iPhone 4G is just a few days away and everybody has questions in their mind about it specially because of the huge number of leaks. DigiTimes senior research analyst Ming-Chi Kuo recently discussed about the rumors and facts about the iPhone 4G and his discussion revealed some interesting information about the upcoming device. 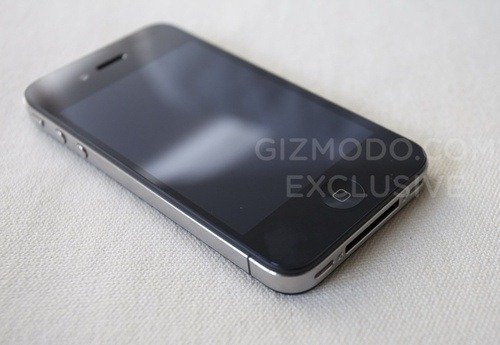 He said that iPhone 4G will be more or less the same as shown in the leaks. The leaked iPhone prototypes had “N90” tags which is the international development codename of iPhone 4G so this confirms that all these leaks are real. Apple has been working on iPhone 4G since late 2008. They were also working on another project codenamed “N91” which has less changes from the current generation of iPhone which maybe used as a backup for “N90”.

According to our sources, Apple actually has another product codenamed N91 for the project, which offers less change from previous iPhones compared with the N90. It’s a parallel product to back up the N90 in case there are major delays due to significant modifications in casing, display resolution, digital camera support and so forth.

Ming-Chi also said that Apple considered AMOLED panels for the displays in iPhone 4G but there were issues with the production capacity and cost. And overall AMOLED panels had other technical issues with font readability which may have not suited the iPhone since Apple plans to introduce ebook reading across all iDevices just like it has with the iPad.

The most interesting thing in the discussion was about the A4 processor. Apple has used A4 processor for its iPad and this same processor would be used in iPhone 4G. Ming-Chi revealed that A4 processor was actually a combined effort of Apple, Samsung and Intrinsity which was later acquired by Apple. He further mentioned that OS 4.0 is memory hungry that’s why Apple has increased the RAM of iPhone 4G.Talking about the shipments of iPhone 4G he expects that 18 to 20 million units could be sold this year.

Giving his final comments on the iPhone, Ming-Chi told that it would be highly competitive and will have one of the better hardware enhancements among the Smartphone series.