Taylor Swift has been collaborating a lot with Apple over the past few months. Taylor has appeared in 3 Apple Music commercials so far, including the newest one released yesterday titled ‘dance like no one is watching’ which shows her dancing to ‘I believe in a thing called love’ by The Darkness. 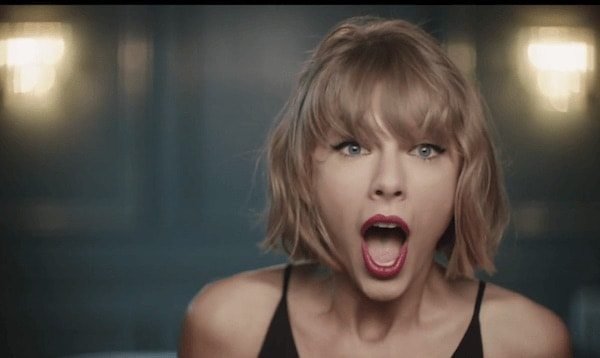 Taylor Swift is pretty well known for pulling off some ridiculous dance moves at award shows, as if no one is actually watching. In this new ad, she sticks to her real self and does the same while using Apple Music to play the popular track by The Darkness.

Check out the ad below:

In previous Apple Music videos, Taylor was seen dancing to Drake and Future’s ‘Jumpman’ while running on a treadmill. Another video showed her dancing to ‘The Middle’ by Jimmy Eat World.  Taylor and Apple’s friendship has moved from strength to strength ever since she wrote her blog about Apple Music’s unfair payment plans for artists during the first 3 months trial period. Apple had responded quickly and changed its policy, after which Taylor’s albums, including her smash hit 1989, were made available for streaming on Apple Music.

Apple still has a lot of work to do on Apple Music as not a lot of users, including yours truly, are fans of the service. As per rumors, Apple is working on a design refresh for the iOS Music app which will be shown at WWDC 2016, next month. Here’s hoping that Apple takes a leaf out of Spotify’s book, focuses on a better design layout and user experience as well as makes Apple Music a standalone app.