Apple TV+ Grammy award-winning comedy series ‘Ted Lasso‘ is a massive hit. The show’s popularity pushed the company to launch its official merchandise. Now, to include the show’s characters and their catchphrases in conversations, Apple has introduced Ted Lasso’s sticker pack for iMessage and Clips apps. 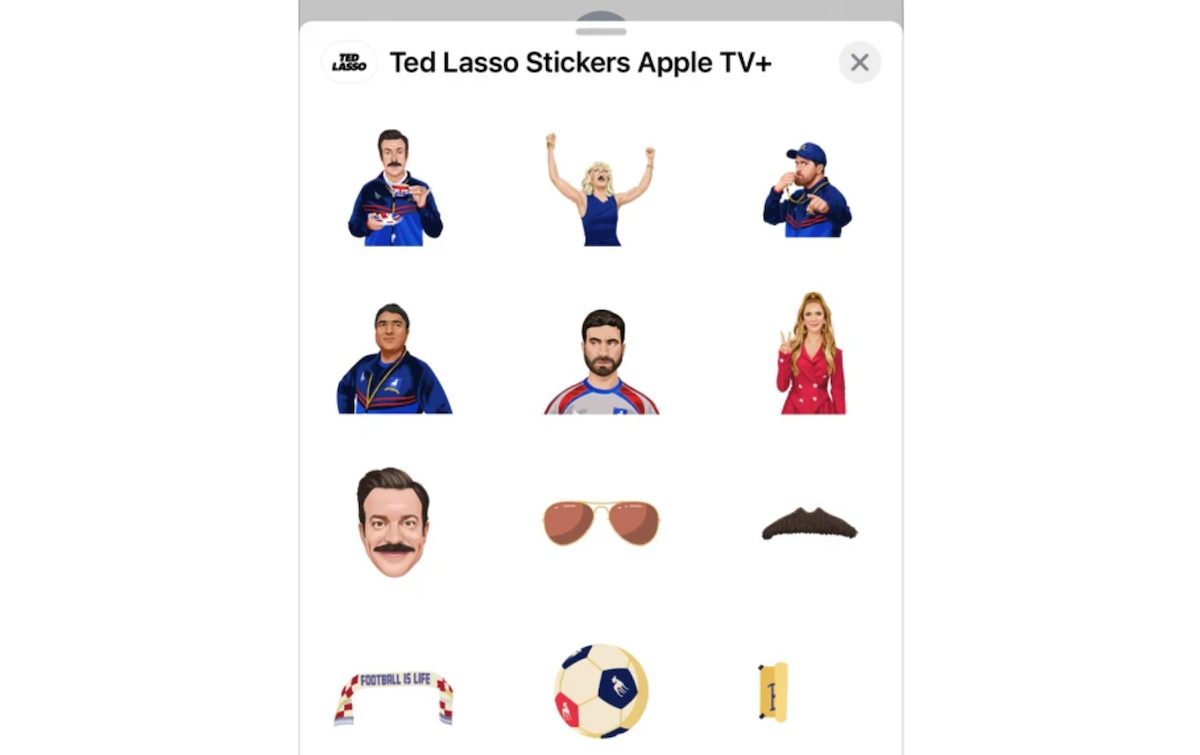 Featuring the writer Jason Sudeikis as Ted Lasso, the comedy show unravels the journey of a small-time coach of American college football from Kansas, who takes a job in England to coach a professional English soccer team. The optimism of Lasso can now be shared with family and friends in users’ text conversations.

Brand new Ted Lasso stickers to transform your messages? You better believe it. In the hit comedy series, Ted (Jason Sudeikis) is an American football coach hired to manage a British football team—despite having no experience. Download the iOS sticker pack for an infusion of his optimism, underdog determination…and biscuits.

Users can make their favorite characters part of the conversation by following these simple steps.

If you want to add a sticker, touch and hold the sticker and then drag it to the message bubble. The sticker will automatically be sent when you’ve added it to the message. You can also pinch or zoom to resize stickers before sending. – Apple