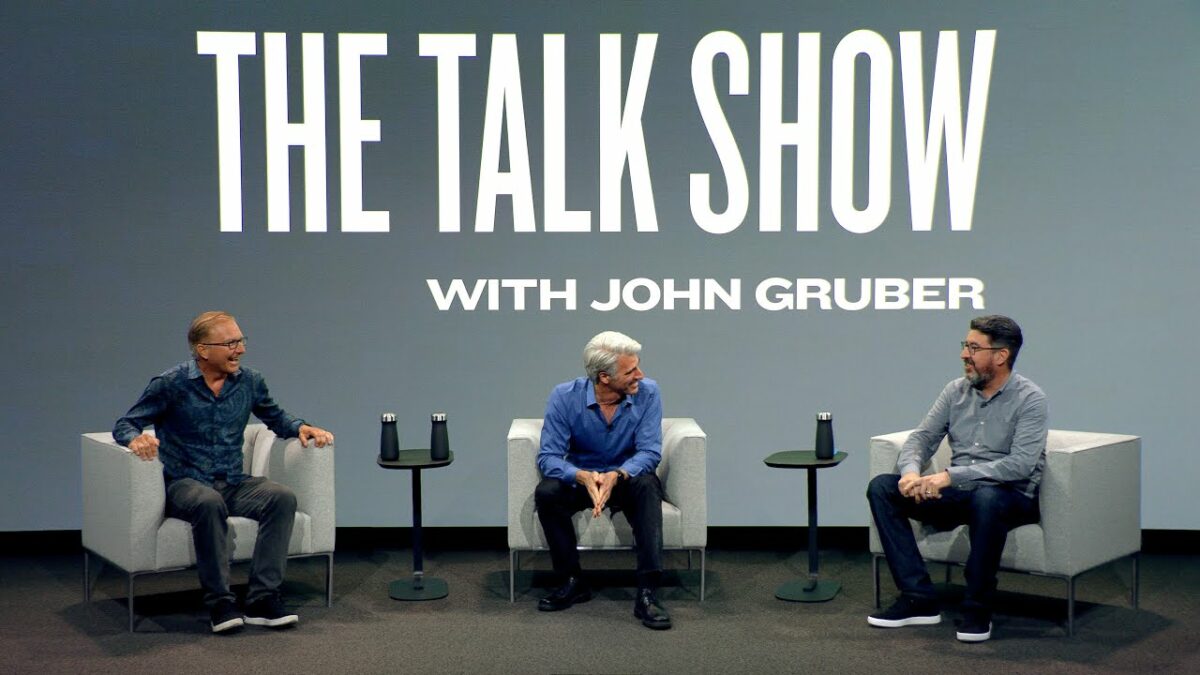 Due to the ongoing COVID-19 pandemic, The Talk Show had to be recorded virtually for the last two years. However, this year the show returned to a live version this year and was hosted as Apple’s new Developer Center at Apple Park, the company’s corporate campus in Cupertino, California.

During this year’s episode, the two executives discussed Apple’s latest software announcements with the highlight of iOS 16 being the redesigned Lock Screen experience. Apple’s senior vice president of software engineering Federighi said that Apple wanted users to be able to customize their Lock Screen to make it unique to them.

Federighi went on to discuss Apple’s platforms, APIs, and resources for developers including AppKit, UIKit, Catalyst, SwiftUI, and more. The two executives also discussed the impact the App Store has had on the economy in addition to what the platform means for developers and consumers.

Federighi also addressed macOS Ventura‌’s introduction of the redesigned System Preferences, now renamed System Settings. The executive confirmed that some features that are not currently available in the first beta of the update will come back in a “new experience” in a future ‌beta.

During the interview, Gruber brought up Apple’s next-generation CarPlay, which is packed with a ton of new features and technologies. Naturally, the conversation shifted to Apple’s long-rumored Apple Car project which Federighi and Joswiak did their best to avoid.

Joswiak also revealed that Federighi was one of the individuals who advocated that WWDC 22 be held in person rather than it being a virtual affair.

Check out The Talk Show, WWDC 22 edition, below: