Before Apple could launch its own AirTags location trackers, Tile might be the first to market with an ultra wideband tracker. The new Tile trackers will support ultra wideband, along with Bluetooth LE, for maximum compatibility.

The new details come via TechCrunch, which has learned that Tile is working on an augmented reality feature that will help users find their lost items from the Tile mobile app. 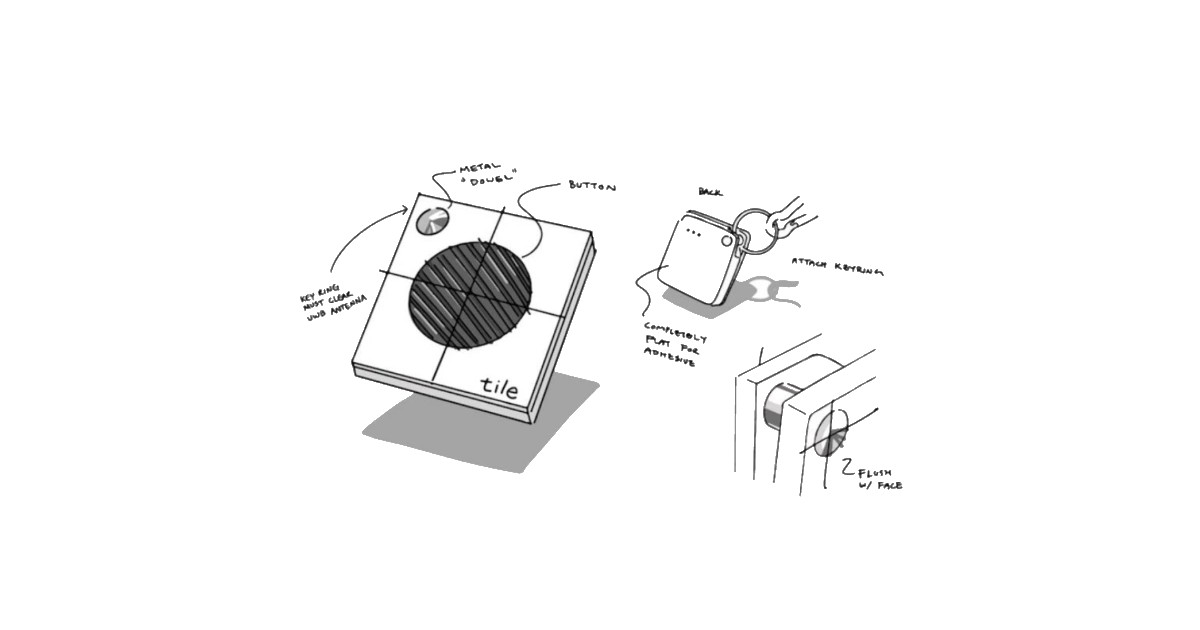 So far, UWB, short for ultra wideband, is only available on iPhone 11, iPhone 12, and a few Android smartphones. The main advantage of UWB over Bluetooth is that it provides precise location data, accurate within a few centimeters, and spatial awareness. Tile’s new trackers could be the first to market to take advantage of this new technology, which will make it easier for customers to find various items unless Samsung’s Galaxy Smart Tags also launch with ultra wideband support.

The concept image shared by TechCrunch shows that the new Tile tracker will have a square shape, a button in the center, and a flat back to allow it to easily stick to items via an adhesive. The tracker is intended to be used with keychains, remotes, wallets, or just any other item that can easily be lost.

UWB chip and augmented reality integration make it easier for the Tile tracker to be found, whether it is beneath another item, under layers of objects, or on another floor in the house. It is also expected that they will integrate Tile trackers with Find My app in iOS, which Apple is expected to open up to other developers too. However, Tile has not confirmed or announced any such plans, and will likely not do so, until Apple officially announces the feature. So far, our information is based on leaks in iOS beta builds.

For now, Apple has only been using ultra wideband for AirDrop, while HomePod mini and Apple Watch Series 6 also feature the U1 chip. Its future usages could include AirTags tracking and unlocking cars via CarKit. The company is expected to compete against Tile in the product category, while Samsung will also be coming out all guns blazing with its own Galaxy Smart Tag tracker.