Apple recently released the first beta of tvOS 16.2 to developers with a fix for a known issue for the TV app. While the release notes for the beta do not mention new features for Siri, it was reported today that tvOS 16.2 includes Siri voice recognition. 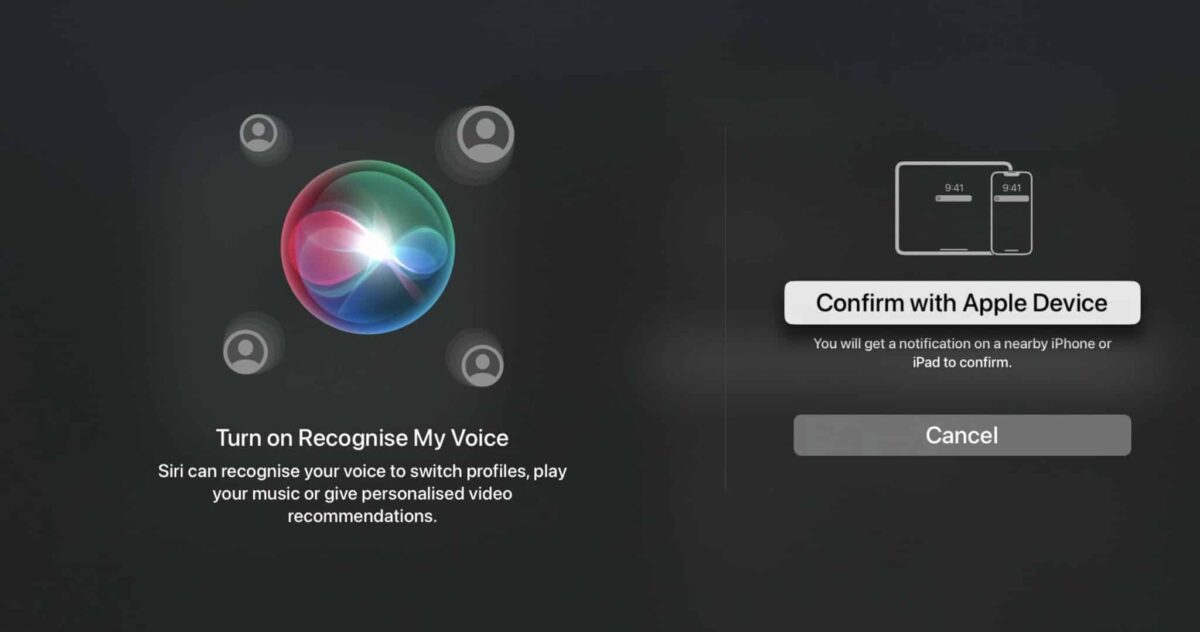 Back when tvOS 16 was announced, Apple revealed that its virtual assistant Siri would be able to recognize each Apple TV user’s voice to offer a personalized experience. What this personalized experience means is that Siri voice recognition on Apple TV will be able to recognize the voices of up to six family members and will subsequently be able to show their movies, shows, games, apps, and music so they can pick up from where they left off.

Screen Times editor-in-chief Sigmund Judge took to Twitter to share that Siri voice recognition, or Recognise My Voice, has been added to tvOS 16.2 beta. As of right now, users can link their Siri voice profile from their iPad or iPad with Apple TV. Judge shared the setup process for the feature in a tweet but he specified that the feature does not seem to be fully functional in beta 1 of tvOS 16.2.

Still plenty of questions to be answered. Unfortunately the feature doesn’t seem to be fully functional as of beta 1. pic.twitter.com/e7x80SAb63

In related news, Apple recently released tvOS 16.1 to all users with a new compact design for Siri, support for “Hey Siri” voice commands via AirPods on Apple TV as well as some improvements to Photos, Fitness+, and Matter support.

It is likely that Apple will release tvOS 16.2 later this year, possibly in December. In the coming weeks, other beta testers will likely share updates on how Siri voice recognition works.

The next-generation Apple TV 4K was unveiled in September with the powerful A15 Bionic chip, HDR10+, USB-C Siri Remote, up to 128GB of storage, and more. In addition, the new Apple TV+ 4K offers support for HDR10+ which offers richer visual quality with sharper details and brighter colors when combined with Dolby Vision.