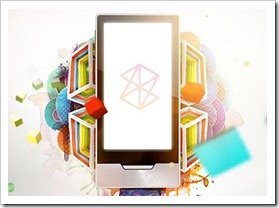 While everyone had high expectations for the Zune HD to outdo the iPod Touch due to its better display, HD output, and supposedly faster performance, it wouldn’t be wrong to say that Microsoft has let us down big time. The major advantages that the iPod Touch has, as I had pointed out in my article not so long ago are apps and games ( which most people didn’t like, but I’m happy to have the last laugh now). Apart from a few games that people will have gotten bored with by now, the Zune HD hasn’t offered anything else for the user.

Granted, there’s a browser available on the Zune HD, and it brings the whole web to the palm of your hand, but then that’s what Apple thought would be the perfect recipe as well when it launched the iPhone. Native apps on a handheld will always attract more users. Let me rephrase that – native apps available in a centralized location with a great user experience will always attract more users. Something Microsoft isn’t doing with the Zune HD.

The announcement of the Twitter App for the Zune HD came via a tweet from the official Zune Twitter account. More information will be available tomorrow morning, and we’ll keep you updated on that.

Keep in mind that word was already out that Microsoft is planning to release a Facebook app as well for the Zune HD. Microsoft has shares in Facebook as a company, so I, along with many other people, was expecting that this particular app would be available quickly. But, it’s been almost 3 months since launch, and the users haven’t gotten that yet.

I’ll end this rant with this quick note: Microsoft should get serious about the Zune HD as a platform and launch it internationally. Otherwise, it’ll just end up as a ‘hobby’ just like Apple TV is to Apple. In other words, a product that’s good but cramped.