Back in March, I had stumbled upon search history in Live Search, which was never opened to the public. It was just a mere coincidence but it did show that Microsoft plans to implement it down the road. Back then, the name Bing had not been announced and we all were speculating on the new search engine to be called Kumo.

When Bing launched, I highly expected search history to be a part of it but it wasn’t. Not that it has finally been introduced, privacy is built throughout the feature. History is turned on by default for all Bing users but turning it off requires only one click. History is currently saved for the last 4 weeks only. 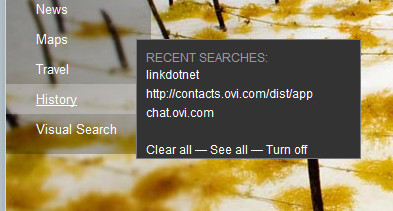 Past searches can be seen on the search history page, and individual queries can easily be deleted from here. 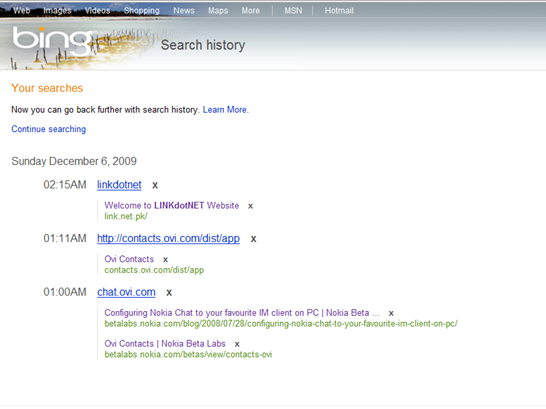 Search history is also available in a Silverlight driven UI called Save & Share, which lets you save your favorite searches, organize them, add notes, save them locally or to Windows Live SkyDrive and share them on different social networks like Windows Live, Facebook or via Email. I can imagine this feature being very handy especially for students working on research based assignments or projects. 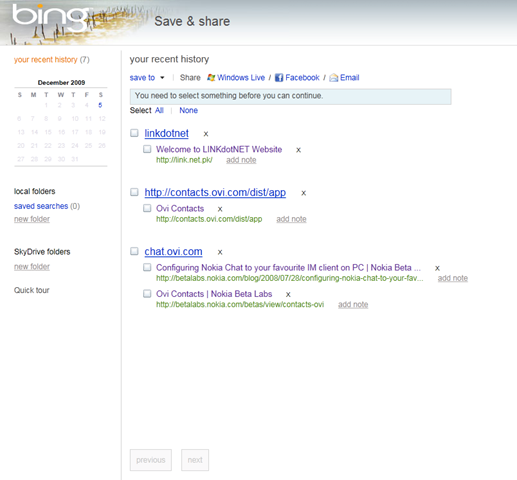 Why do I think Bing search history respects privacy more than Google? Because to completely opt out of Google web history, not only do you have to disable it, you have to go account settings and remove the product. This is not an easy way for the average joe. Add to that Eric Schmidt’s statement that if you want to keep something private, don’t do it. No wonder even Mozilla’s director of community development is telling people to use Bing instead of Google?

Whether you use Google, Yahoo or Bing, you have to admit – the Bing team is really working hard on features. In almost no time, not only have they caught up with Google on most features that we’re used to, they’ve even introduced some, like Visual Search, that Google has been inspired to copy. With Bing slowly and steadily growing market share, things are looking quite good for them. 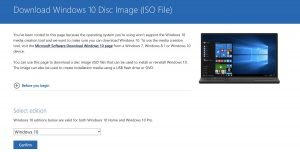