We’ve showed you a bunch of Notification Center customizations & widgets currently in the works including a Twitter integration widget and an SBSettings alternative i.e UISettings which also happens to be the first iOS 5 Notification Center tweak to hit the jailbreak scene. Although UISettings is a fantastic tweak and a much appreciated one, the design fails to impress the most of us. Luckily, another developer and designer has come up with a better looking alternate theme for the tweak called UISettings HD. The image below should give you a good idea! 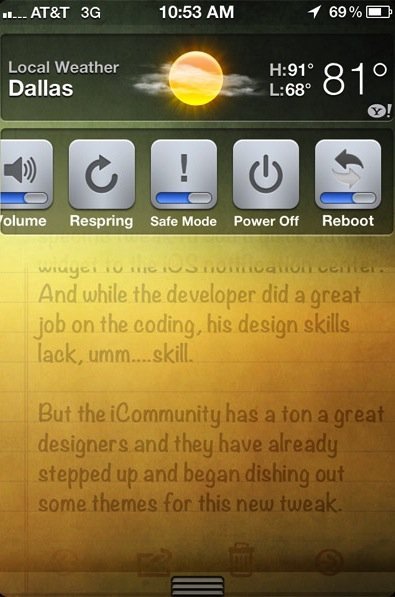 Simply follow the steps given below to install it on your device.

**NOTE: You need to either SSH into your device or have iFile since this installation requires file access.

Download this file and extract it on your desktop.

Replace the Icons folder with the one from the theme at: