At WWDC 21, Apple introduced a new feature called Universal Control that lets users use their Mac keyboard and trackpad or mouse to move between an iPad or another Mac and control it. The feature requires zero setup but users do need to be logged in to their devices with their Apple ID and have Bluetooth, Wi-Fi, and Handoff turned on 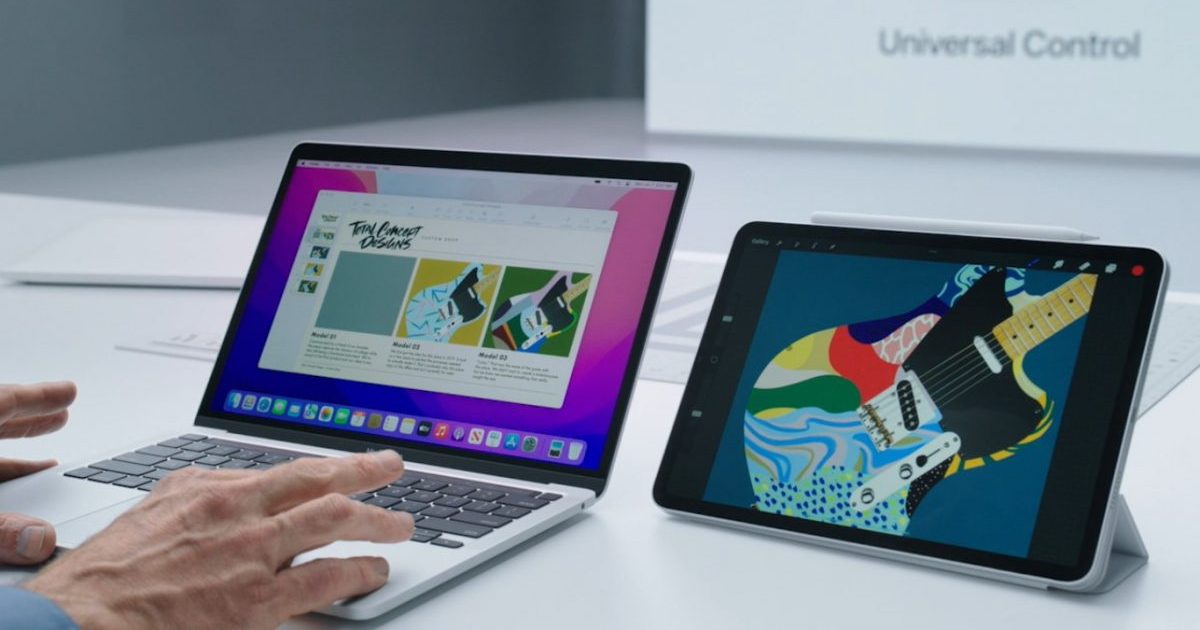 Universal Control lets users use their Mac’s mouse or trackpad to control the cursor on an iPad or another Mac’s screen, reaching into and across multiple devices. For example, if you need to work on an illustration on your tablet, you can move content to your Mac if you keep the devices close to each other. You can also drag and drop files between an iPad and Mac without having to go through any sort of setup process.

Universal Control lets users work with a single mouse and keyboard and move between Mac and iPad for a seamless experience, with no setup required. Users can even drag and drop content back and forth between devices — great for sketching a drawing with Apple Pencil on iPad and placing it into a Keynote slide on the Mac.

Though there are other programs that allow users to jump between multiple devices, they are not as seamless as Apple’s version that does not require any complicated setup or special hardware. Note that the feature will not work on every device getting the new versions of macOS and iPadOS. Additionally, keep in mind that though the feature does work with iPads, it has to be initiated on a Mac laptop or iMac.

Apple announced macOS Monterey at WWDC 2021 with a brand new version of Safari, major new FaceTime improvements, Live Text, Focus, and various enhancements to Messages, Notes, Apple Maps, and Privacy. For the first time ever, Apple has also introduced AirPlay to Mac, allow users to AirPlay content from their iPhone or iPad to their Macs. macOS Monterey also finally gets the Shortcuts app, years after it was launched on iOS and iPadOS.

The update is available to developer beta testers now with a public beta coming soon in July, followed by a stable release in the fall.