Earlier today we saw the HTC HD2 running Windows Phone 7 Series, but the most we saw were just pictures which can easily be Photoshopped. This video just surfaced showing the HD2 running the OS. Though it’s laggy and slow, but it looks as though the HD2 is a capable enough device to run it! 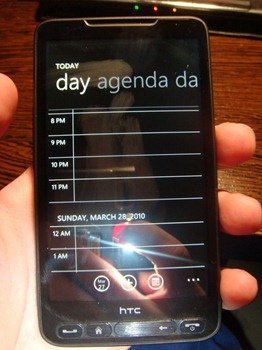 Though the HD2 won’t get an official Windows Phone 7, but this video has given hope to every HD2 user that their device is capable enough to run the OS, though there are some glitches and graphical lags, but we’re sure they will be fixed with time.