This just leaked Youtube video clearly shows the PlayStation phone is for real as you can see it running PS One games Ridge Racer and Resident Evil 2. The video shows a good couple of minutes of gameplay, though the games seem to be running on an android emulator called ROM Buddy. As said by engadget, “it looks like this thing is pretty much a done deal“. With PlayStation phone’s chinese preview leaked a couple of days back and new footage of the device appearing online quite frequently, the official announcement seems imminent. 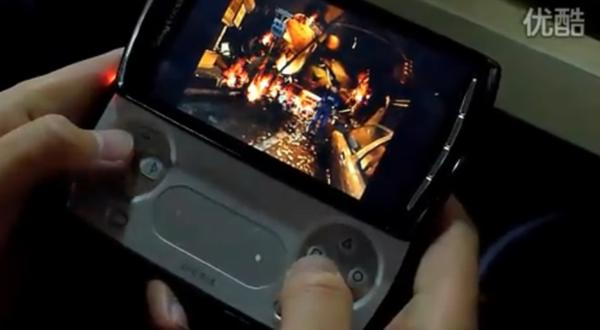 “Interestingly both games appear to be running through an emulator – the phone shows a menu titled ROM Buddy, and the games are launched through BIN files, images ripped from the original discs, which suggests the Xperia Play has PS1 emulation built in.

While pictures of the device – which features a touchscreen that slides out to reveal a PlayStation-style d-pad and buttons, as well as two touch-sensitive analogue pads – have been floating around for some time, Sony is still yet to confirm the phone’s existence.”