With the arrival of iOS 14, Apple introduced the feature to add widgets to the iPad and iPhone Home Screens. While Apple provides some widgets for apps like Music, Reminders, Calendar, etc, the App Store has a new widget music apps for users called WidgetPod. The app is compatible with Spotify and Apple Music.

There are many apps that offer Now Playing widgets, however, WidgetPod focuses only on playback control and it offers a ton of customization options for changing the style of the available widgets. If you need a Now Playing widget for Apple Music or Spotify that supports rich customization and live updating, you should check this app out.

WidgetPod compatible with Spotify and Apple Music and highly customizable

The developer behind Widgerpod is the same one who launched the Marvis Pro music player, Aditya Rajveer. The app is quite simple to use. When you open the app for the first time after installing it, WidgetPod allows you to create your own music widgets to add to the iOS home screen. An example could be, to make two widgets for the home screen, one of which will show the song that is currently playing and could also offer media controls. The other widget could be a smaller-sized widget and it would show the name of the song and the album artwork. 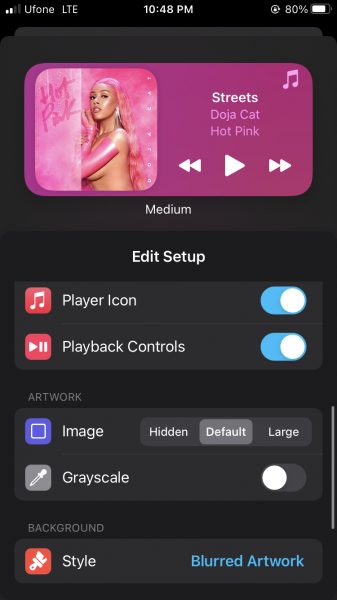 Building on the experiences Aditya has acquired from developing Marvis music player, WidgetPod uses clever trickery to overcome perhaps one of the biggest deficiencies of the new Home Screen widgets in iOS 14: lack of interactivity and the inability to update itself at very specific intervals, like when changing a song.

A key feature ofo WidgetPod is that it supports live updating of the widgets when it is launched after you start playing music in your player.

The widget itself does not play actual music, rather, touching the player icon redirects the user to the Music app or Spotify app. The WidgetPod widgets come in three sizes. Users can change themes and backgrounds, add playback controls that would appear on the widgets, pick a different color for each element, etc. 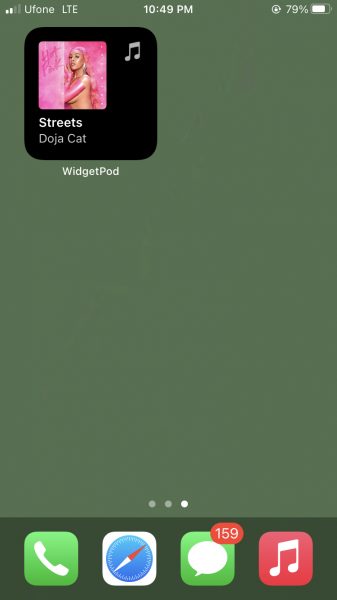 WidgetPod does not require or collect any data from the users. Because of iCloud, user settings are kept in sync across devices. The app also features a native interface on the iPad.

WidgetPod is available for free on the App Store but for Spotify compatibility, a $1.99 in-app purchase is required.