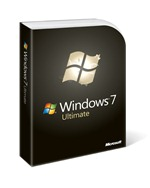 Paul from GeekSmack has gotten confirmation from sources close to Microsoft of the imminent official announcement of Windows 7 RTM on 13th July when Microsoft’s WPC09 (Worldwide Partner Conference) will take place in New Orleans. This means that Windows 7 code will be finalized and it’ll be the build that’ll ship to customers. It’ll start shipping to manufacturers before customers get their hands on it, hence Release To Manufacturers (RTM). This website might have a hand in the early completion of Windows 7 RTM.

Windows 7 has gained a lot of popularity, specially after the bad fame that Vista got due to its improvements, new features, customization and specially performance. A huge number of people are already using Windows 7 RC that was release some time ago. Windows 7 will ship along with the release of Office 2010 and Microsoft Security Essentials, a free and excellent antivirus + antimalware solution from Microsoft.

Not sure what Windows 7 offers over previous Windows versions? You might want to check reasons why you should move to Windows 7. Unsure about the price? check out the pricing plans. Microsoft will also be offering a Windows 7 Home Premium Family Pack for installation on up to 3 computers at a discounted price.

Windows 7 is gearing up to be good release and the reception amongst customers is expected to be better than it was with Vista.