Windows 8 users have been taken by a surprise with a brand new user interface. Lack of a start menu, new Modern UI start screen, charms bar and more have completely changed the way users interact with Windows PCs. However, the good news is that there are apps available to make the experience more like Windows 7 by making certain UI elements act the good old fashioned way. There are many apps to bring back just the Start menu to Windows 8 but no app goes as far as RetroUI.

RetroUI Is Not Just Another Start Menu App for Windows 8

RetroUI app allows users to bypass the Modern UI start screen and boot directly to the desktop. It also brings back a Start menu and button, though very different looking one. Once installed, the app places the Start button at the bottom-left corner of the desktop. Clicking on that icon opens up the new start menu. 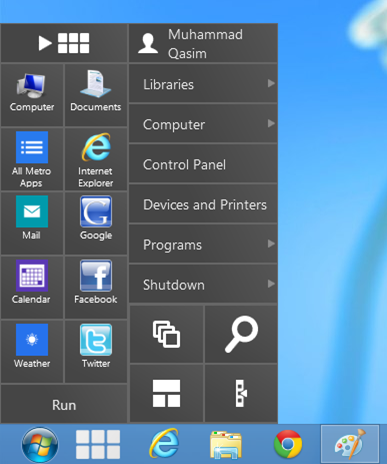 There’s a new Tablet View menu which lets users arrange shortcuts for both “Modern” and desktop apps in Windows 8 in a grid-like pattern for easy launching via touch or mouse. Tablet View can be accessed by tapping/clicking the grid button next to the start button in the desktop taskbar. 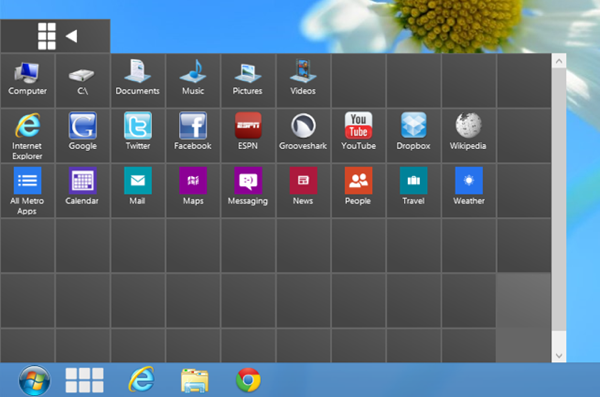 The app includes RetroUI Enforce, a feature that allows users to open the Start screen and Windows Store/Metro apps in a window right in the classic desktop environment. These apps can be pinned from the task screen to the retro start menu or tablet view and later launched in a desktop mode.  There’s no limit to how many apps and shortcuts a user can pin to the Start menu and tablet view.

Just like traditional desktop apps, the Windows Store apps on the desktop have resizeable and moveable windows and you can launch multiple apps at a time. We wonder why Microsoft didn’t think of this! 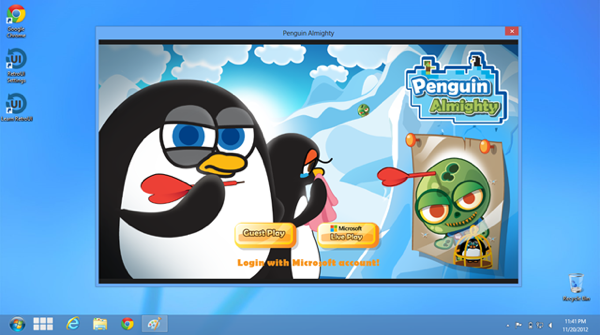 The configuration menu ships with options to disable Windows 8 features such as the Charms Bar, hot corners, app swapping and much more. 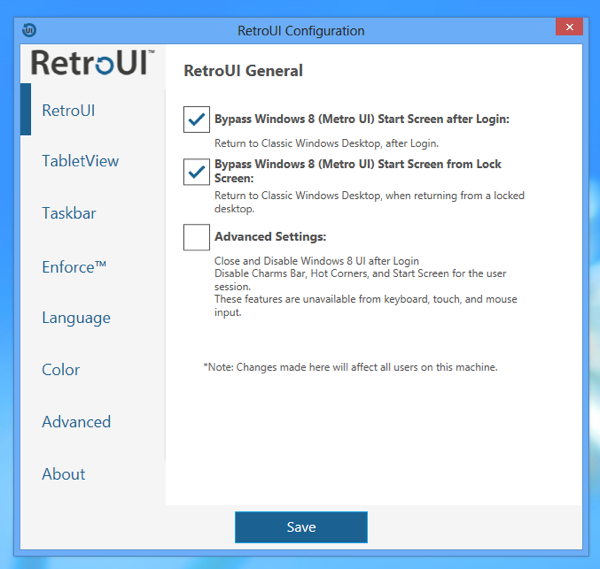 Customization is also available and users can choose between different start button icons to suit their taste. We like the Windows 8 stylized icon the most. 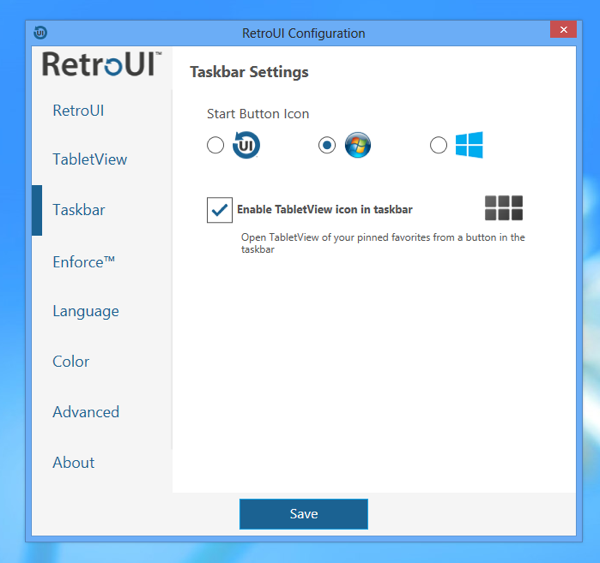 RetroUI Pro costs $4.95 for a single-user license. However, you can try the 7 days trial version for free. The app is compatible with both 32 and 64-bit versions of Windows 8.