YouTube has updated its Creator Studio app for iPhone and iPad to let users watch their own videos inside the app. Before this update, users had to switch to the YouTube app to watch their videos which was less than convenient. 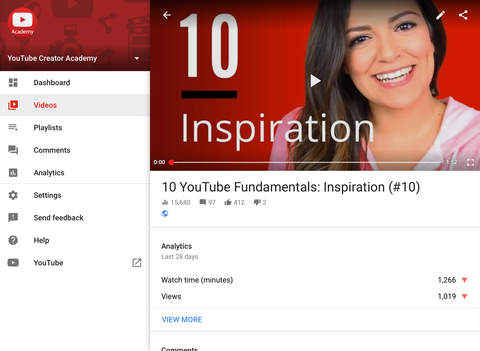 YouTube Creator Studio is a universal app for iOS which is aimed at YouTubers. It lets them upload videos, create playlists, view and reply to comments, manage monetization as well as view analytics for their videos. YouTube channel owners can also receive notifications for activity on their videos.

The app still does not support picture-in-picture or split view for iOS 9 on iPad or iPad Pro. Considering that users only watch their own videos, it would be great if Google works on this feature in their next update.