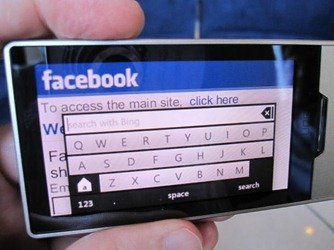 It’s been a busy day in Zune HD news again. Cnet has published the first pictures of the Zune HD web browser in action. The browser seems to have little to no chrome, except for a bar at the bottom for bookmarking and backward navigation. As expected, it works in both portrait and landscape modes. The keyboard has a different effect than the iPod as the neighboring keys of the pressed one are also magnified, when pressed. Although the pressed key is the largest and most prominent.

Yahoo Tech also get their hands on the Zune HD and posted some images. The visual history is shown in the images which will contain the most recent played songs, videos as well as websites.

The prices for the Zune HD were also leaked from the Best Buy inventory system, with the 16GB model to be available for $220 and 32GB for $290. The leak was later confirmed thanks to Amazon’s pre-order page. The price seems just about right when you compare it to the 2nd gen iPod Touch which was launched a year ago with the 8GB model for $220. We will definitely be seeing price cuts this September for the iPod Touch line up too, coupled with space increases and various rumored features such as a microphone, camera and video recording.

I’ll surely be getting a Zune HD when it launches, hopefully in September, as per the rumors. What about you?

Update: CrunchGear published a hands on video of the Zune HD which shows the browser in action as well: