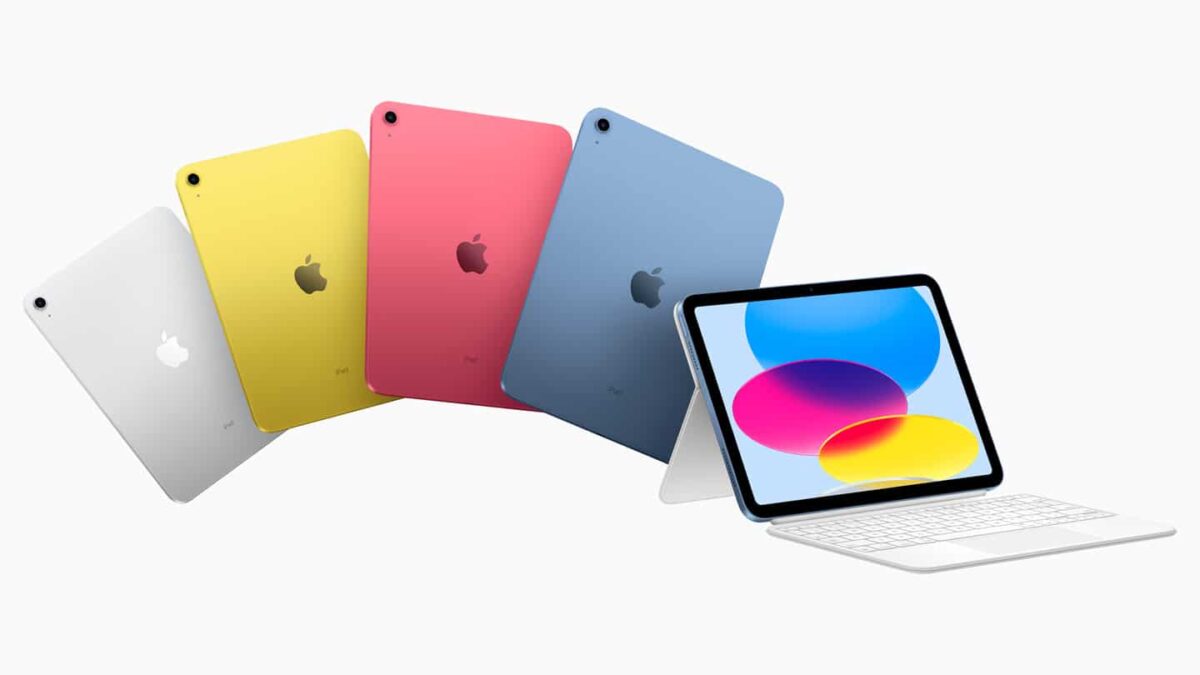 To start off, the refreshed entry-level iPad comes with a new all-screen design in four vibrant finishes: blue, pink, yellow, and silver. Another significant design difference is the lack of a Home button. That’s right! Apple has moved Touch ID to the top button of the 10th-generation iPad, which makes the device look and feel more modern. The side of the new iPad are also flat.

Apple says the A14 makes the new iPad “up to 5x faster than the best-selling Android tablet,3 and for users looking to upgrade from a device like iPad (7th generation), they will see up to 3x improvement in overall performance with the new iPad.” The A14 also features a 16-core Neural Engine, which is double the number of cores offered by the A13 Bionic. This will make power-intensive tasks such as editing a high-resolution video, or playing a game with heavy graphics feel incredibly smooth.

Given how popular iPads have become for students and professionals, it makes sense that Apple is upgrading the cameras and audio experience of the 10th-generation iPad.

The front-facing camera of the new iPad is now located along the landscape edge, a first for an iPad. This means that users will not be distracted by an annoying notch. The placement of the front camera is also meant to be helpful for FaceTime calls or video recordings since it will allow users to look right toward the camera in a way that feels natural. 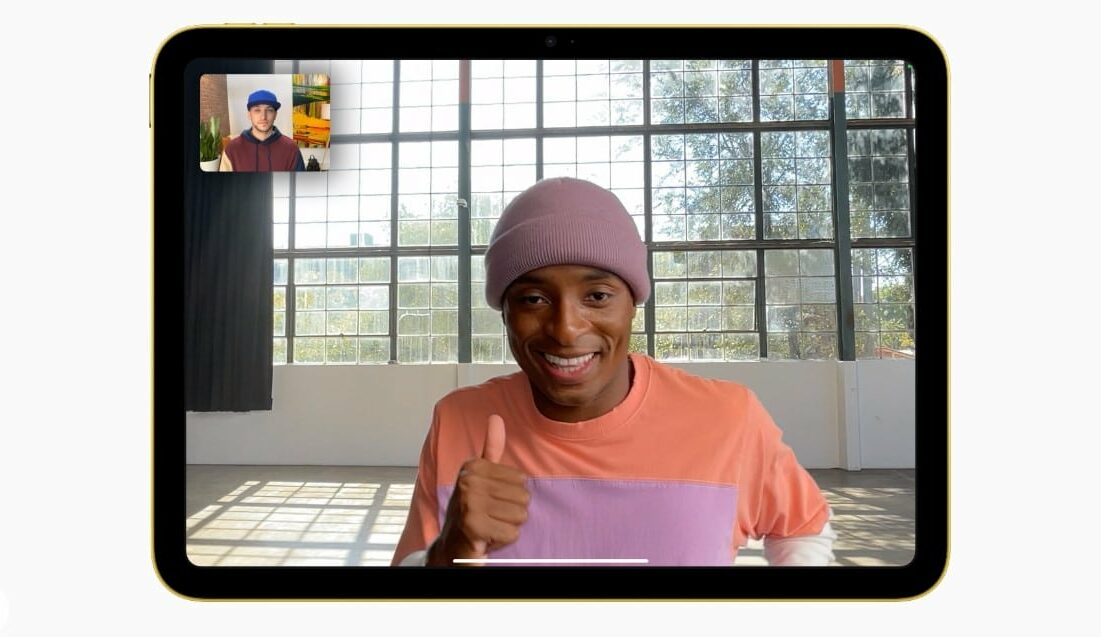 The landscape Ultra Wide front camera comes with a 12MP sensor and a 122-degree field of view that supports Center Stage. The upgraded 12MP Wide camera on the back of the device delivers high-resolution photos and detailed 4K video with support for 240-fps slo-mo.

As for the audio, the iPad 10 features dual microphones that work in conjunction with the cameras to minimize distracting background noise. The device also features new landscape speakers.

The biggest upgrade made to the entry-level iPad this year, which helps to compete with the iPad Air, and the iPad mini has to do with connectivity. The entry-level iPad now comes with a USB-C port, which will offer faster charge times and greater flexibility with the range of accessories that users can connect to the device.

The device supports Wi-Fi 6 which allows for 30 percent faster connections compared to the previous generation. Cellular models with 5G connectivity allow the 10th-generation iPad to reach peak speeds of up to 3.5Gbps in ideal conditions. The iPad 10 supports both physical SIM cards and eSIM with on-device activation.

Apple is releasing a new Magic Keyboard Folio for the 10th-generation iPad to open up more possibilities for creativity and productivity. The new Folio offers a smooth typing experience with full-size keys, 1 mm of travel, and a responsive feel. Another first for the iPad is that the keyboard will offer a large trackpad and support for a click-anywhere experience and Multi-Touch gestures, which makes scrolling, swiping, pinching, and moving the cursor even feel more seamless than ever.

The keyboard magnetically attaches to the Smart Connector on the edge of the 10th-generation iPad. This means that it will never have to be charged or paired.

The updated entry-level iPad costs $449. Models with cellular connectivity start at $599. It only comes in two 64GB and 256GB storage configurations. The 10th-generation iPad is available to order now in 28 countries and regions. In-store availability will begin on Wednesday, October 26.