iFixit has begun its traditional teardown of the latest Apple product to hit the market. iFixit’s AirPods Max teardown so far reveals complicated assembly, two batteries in one ear cup, lots of magnets, and much more.

The teardown is still in progress, and we only know early information for now, however, it is interesting to see how Apple has put together its latest and most expensive AirPods. 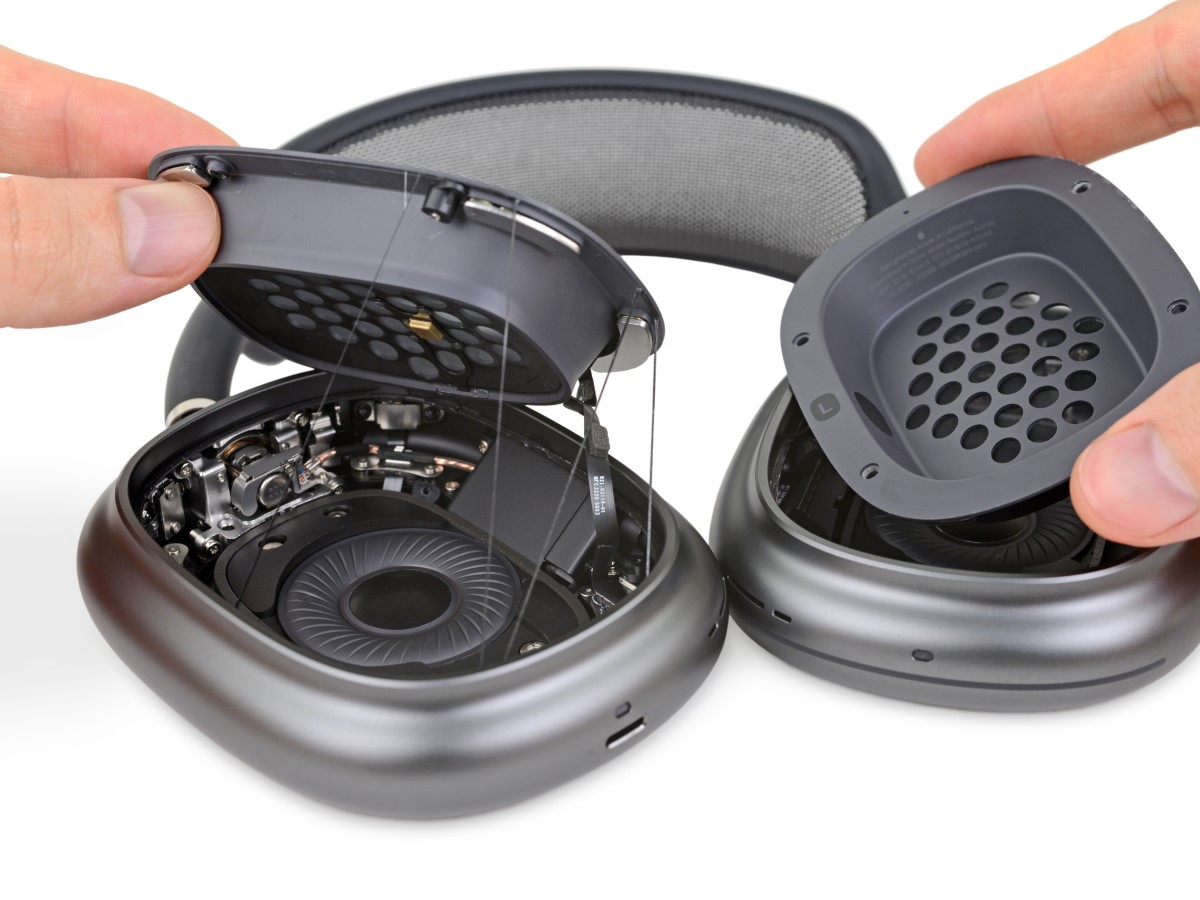 The first step in iFixit’s teardown is always an X-ray and it revealed a nice internal layout. Apple definitely puts focus on how its products look from the inside, even though very few people actually get to see that. AirPods Max do not have a lot of wires or connectors, and there are two battery cells in one ear cup. This raises the question if the batteries could be replaceable without going to Apple and paying a premium, however, the question is yet unanswered.

Surprisingly, Apple has used some user-friendly screws, which make it easy to perform repairs. Although, the toughest part, as with most Apple products, is how they are glued together. They require some heating to be taken apart and are not easy to put back together either. Internally, Apple has used tons of chips to power AirPods Max. It features an Apple H1 chip, a 32-bit ARM chip by STMicroelectronics, 256Mb Flash memory, an audio codec, an audio amplifier, a battery charger IC, an accelerometer, and much, much more. iFixit has pointed out 15 chips so far in their AirPods Max teardown.

iFixit is still working on its AirPods Max teardown and will be sharing more details before the holidays. They have promised that there are a couple of surprises for headphone fans. We will keep you posted once they share the rest of the teardown details.