Apple’s AirTags have a hidden debug mode in Apple’s Find My app. Users can access the feature pretty easily on their connected devices. The hidden diagnostics overlay allows users to see some of the data related to AirTag tracking. Aside from receiving access to various technical details about how AirTag tracking works, debug mode also allows users to customize several aspects of the overlay. 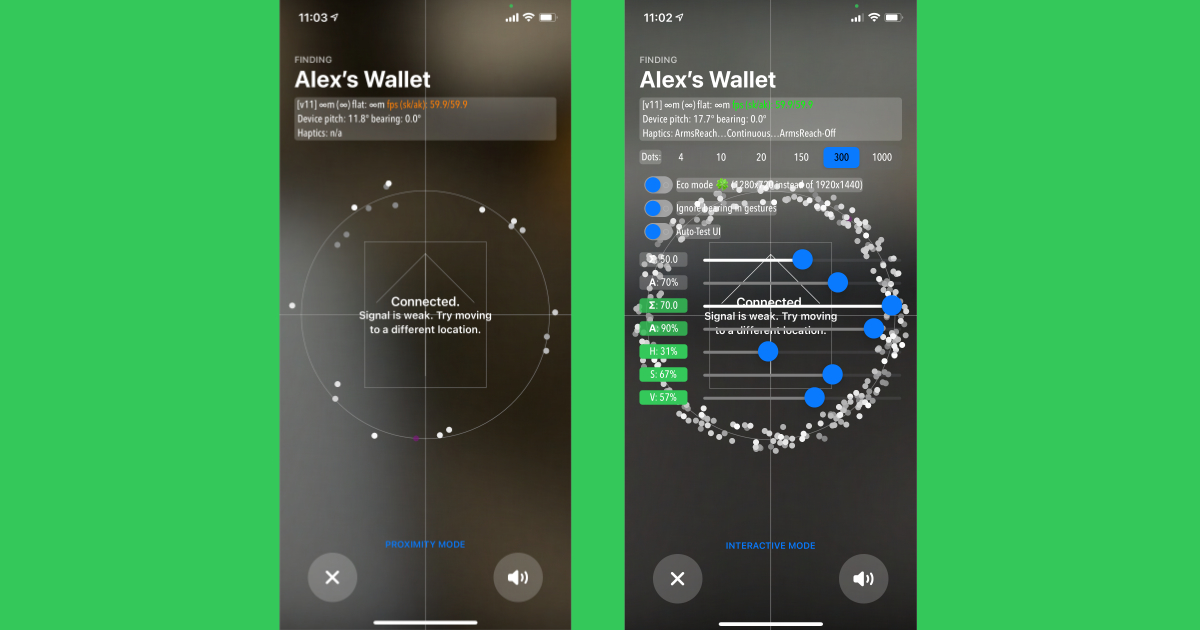 “My experience of AirTags thus far has been underwhelming – the first one out of the box failed to pair four times in a row when it was sitting on top of the phone. Now that it is finally connected, anything outside of 0.8m/2.6ft away shows as a weak signal and when I can get a signal, there is never an arrow. Funnily enough, I tapped on my name about five times in frustration, and found what appears to be a hidden developer mode. Even more interesting, the arrow appears to actually be working underneath – just not in the normal mode.”

Apple’s native Find My app comes preinstalled on its device. However, this functionality is only available with iOS 14.5 and iPadOS 14.5 as well as the current iOS and iPadOS 14.6 beta. To access the hidden AirTag debug menu when using Precision Finding in the Find My app, quickly tap the section with the item’s name four times.

Users will then be able to see ls a new section listing information such as the current distance from the AirTag, haptics and FPS, camera resolution, saturation and, brightness as well as other functionalities that can be adjusted using the sliders. Users can also enable an “eco mode” that reduces camera resolution to save battery life.

It is likely that this hidden debug mode is a functionality aimed at developers so that they can test the tracking features. Apple could easily choose to remove this mode via a future iOS update although it is available inside iOS 14.5 and the iOS 14.6 beta for now – it is highly unlikely it will stick around.