As per new details from App Store’s code, Apple seems to be working on a new ‘Mind’ app for iOS 15, and new Tips and Contacts apps for watchOS 8. These new updates have been found by developer Khaos Tian on Twitter, by going through App Store’s latest manifest file. 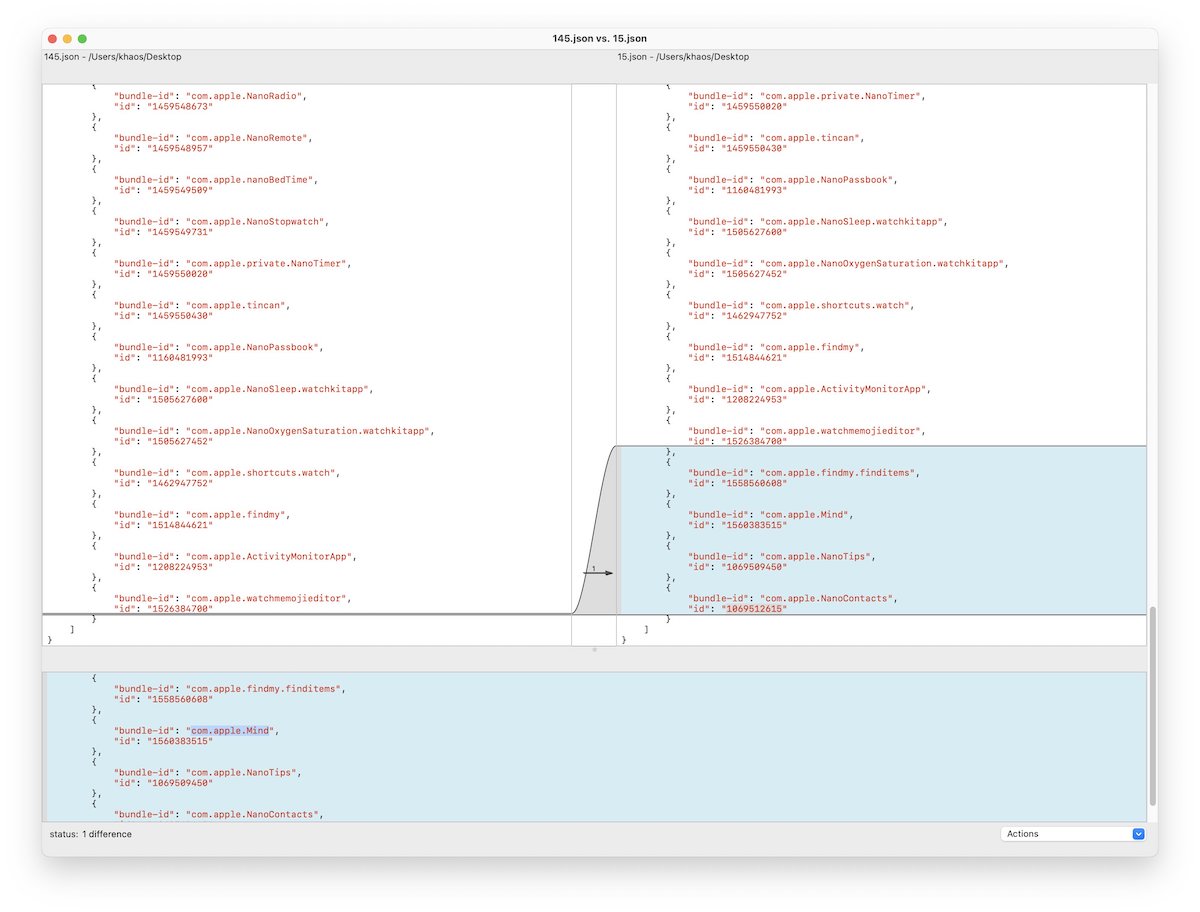 Khaos Tian shared the above screenshot on Twitter which shows the new bundle identifiers:

The bundle identifiers with ‘Nano’ in their name refer to Apple Watch apps. Neither of these apps existed on watchOS before so it seems like these will be new apps that Apple will bring to the platform with watchOS 8. The new ‘Mind’ app seems to refer to some mental wellness-related app, but that is just speculation for now.

Another interesting new bundle identifier spotted in this list is com.apple.findmy.finditems which is different from the current Find My app. Whether Apple will be creating another standalone app for Apple Watch for ‘Find my Friends’ or to just find AirTags is anyone’s guess, but there is a definite change coming for the app as per the bundle identifier.

Currently, you cannot use your Apple Watch to track an AirTag or adjust its functions such as mark lost or make a sound, let alone share it with anyone. Adding an improved Find My app to find AirTag and third-party devices that work with Find My Network would be a major improvement. Whether this will also help Apple Watch to be an active participant in Find My Network is unclear.

We will find out more tomorrow as WWDC21 is around the corner. Stay tuned to our ongoing coverage of all the new updates from WWDC21.