According to a report by Bloomberg, Apple senior engineer and antenna expert Ruben Caballero had expressed his concerns about the design of iPhone 4 to Apple authorities way before its launch. He had raised his concerns about the antenna design of the device to Steve Jobs in the early part of the iPhone 4 design process but Steve Jobs just ignored it. Because of his decision, some iPhone 4 users are facing the death grip reception issue. 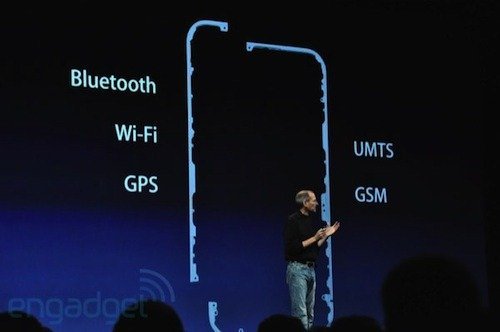 Apple Inc.’s senior antenna expert voiced concern to Chief Executive Officer Steve Jobs in the early design phase of the iPhone 4 that the antenna design could lead to dropped calls, a person familiar with the matter said.

Last year, Ruben Caballero, a senior engineer and antenna expert, informed Apple’s management the device’s design may cause reception problems, said the person, who is not authorized to speak on Apple’s behalf and asked not to be identified.

The report also tells that Apple’s carrier partner also had some concerns about the design of the device that it would cause signal issues. But this was just a little time before the launch of iPhone 4 and nothing could have been changed at that time.

Apple has declined to comment anything about this news at this moment we might hear more in the Apple’s press conference on iPhone 4 which will be held tomorrow. If this report by Bloomberg is true, then it clearly shows that they ignored a very important design issue which was reported to them by their senior employee. Now, they may have to pay heavily because of this. They might give away free bumpers to every iPhone 4 user or the worst case for Apple would be an iPhone recall which may cost them around $1.5 Billion according to various analysts.
[via Gizmodo]