Apple Fellow and former senior vice president of Worldwide Marketing Phil Schiller took the stand on Monday as the company’s first witness in the Epic Games vs. Apple antitrust lawsuit. In his testimony, Schiller explained that like 47,600 gaming apps on the App Store,  Epic’s Fortnite game falls in the freemium’ category to emphasize the impact of the court’s decision on other developers and the digital marketplace. He also addressed Microsoft’s allegations of creating a monopoly by not allowing its Xcloud gaming on iOS.

In the past weeks, Epic Games presented its witnesses and experts at the federal court in Oakland, California District to convince presiding Judge Yvonne Gonzalez Rogers that Apple has an unfair in-app purchase 30% commission rate, and is asking the judge to allow alternative payment methods on the App Store to end Apple’s marketplace monopoly. In addition, the developer also took the opportunity to market its Fortnite game as a metaverse and not just a game. All of which Apple is denies.

Defending App Store policies, Apple Fellow Phil Schiller said the company would not have an issue in notifying users of the discounted item on the web

Detailing that 17% of 280,00 games on the App Store, Schiller said that Epic Games’ Fornite app is classified as freemium games which are free to download with paid in-app upgrades. And Apple charges those App Store games a 30% share cut for all in-app purchases. As per Bloomberg’s report, Schiller updated the court of the company’s new reduced 15% commission rate and shared the company’s concern of illicit misuse of the program.

On the central issue of whether Apple’s developer fees are excessive, Schiller testified that he supported going even further than the company did in November when it announced a new program offering a reduced 15% commission for small businesses earning up to $1 million a year. He said he got pushback from the company’s anti-fraud team over concerns about money laundering.

He further explained the context and content of his older 2011 email which was presented as evidence against App Store’s high share cut by Epic.

Under friendly questioning from a lawyer for Apple, Schiller said that email was sent while he forwarded a Wall Street Journal article at the time about competition to app stores from web app store creation and distribution through the HTML5 programming language. He was spurring conversation about his “thought that there will be future competitors to the App store and we should always be looking for them and thinking longer term about what we may want to do,” he said. 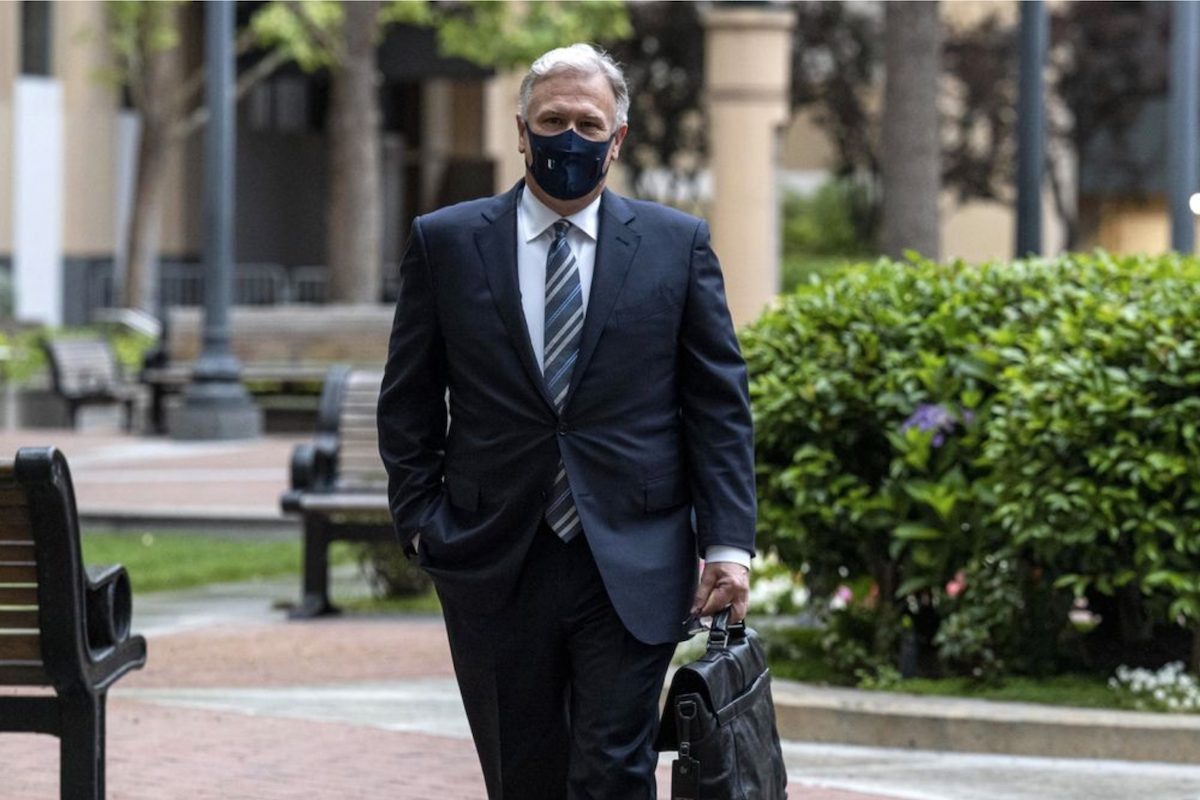 When Schiller was questioned about Epic’s promotional email on signing up for Fortnite regarding the game’s availability on other platforms, Judge Rogers asked him if Apple will be open to allowing developers to steer users to web stores for discounted items.

Gonzalez Rogers asked Schiller if Apple would be open to allowing developers to notify users that they can buy lower-priced virtual goods through a web browser. “What if it said, if you go to Fortnite on your PC, you can buy V-Bucks at a cheaper rate?” she asked referring to in-game currency in Fortnite. Schiller said that’s not an issue.

At the end of his day 1 testimony, Schiller also took debunk Mircosoft allegations of favoring some developers by not approving its Netflix-like XCloud gaming service on iOS.

“Even if the games are streaming from Microsoft’s cloud,” a user should still be able to find them, see what the privacy policy is, and be able to run parental controls if they wish to, Schiller said. Apple thought that was the “right thing” for customers, he said.

When Judge Rogers asked for difference between the two services, Schiller said:

Netflix is a video app so Apple only vets its features but not the content it provides. XCloud does “much more than videos.”

Moreover, the App Store is not a movie store but an “apps and games store. When you’re bringing games in a different way it no longer works as a game store and we think there is a difference there.”

The Cupertino tech giant will continue to present its case till May 24 and the company’s top leadership will also testify during the stint. Senior executives like CEO Tim Cook, Software Chief Craig Federighi, Apple Fellow Phil Schiller, and others will appear in court.