It is discovered in the code of the third beta of iOS 15 that Apple Maps will feature show weather warnings and suggests an alternative route to avoid hazardous weather conditions.

Gradually, Apple is updating the Maps app. Earlier, the navigation app introduced a feature that allows users to report hazards and accidents on routes and shows vaccination locations in the United States.

The feature was discovered by a user on Reddit @ChrissSDreiling. The Maps app running on iOS 15 beta 3 shows flash flood warning on a route and more importantly suggests a clear alternative route. The road condition is also mentioned in the suggested route.

As per the shared image, the weather factor is displayed for automobile routes. It is not clear if it will show for pedestrians, cyclists, and public transport routes as well. And if other weather conditions will be displayed as well.

With abrupt cloud bursts and more than expected rain due to changing climatic conditions, flash floods are becoming common. The flooding in Germany and China are recent examples of extreme weather conditions. 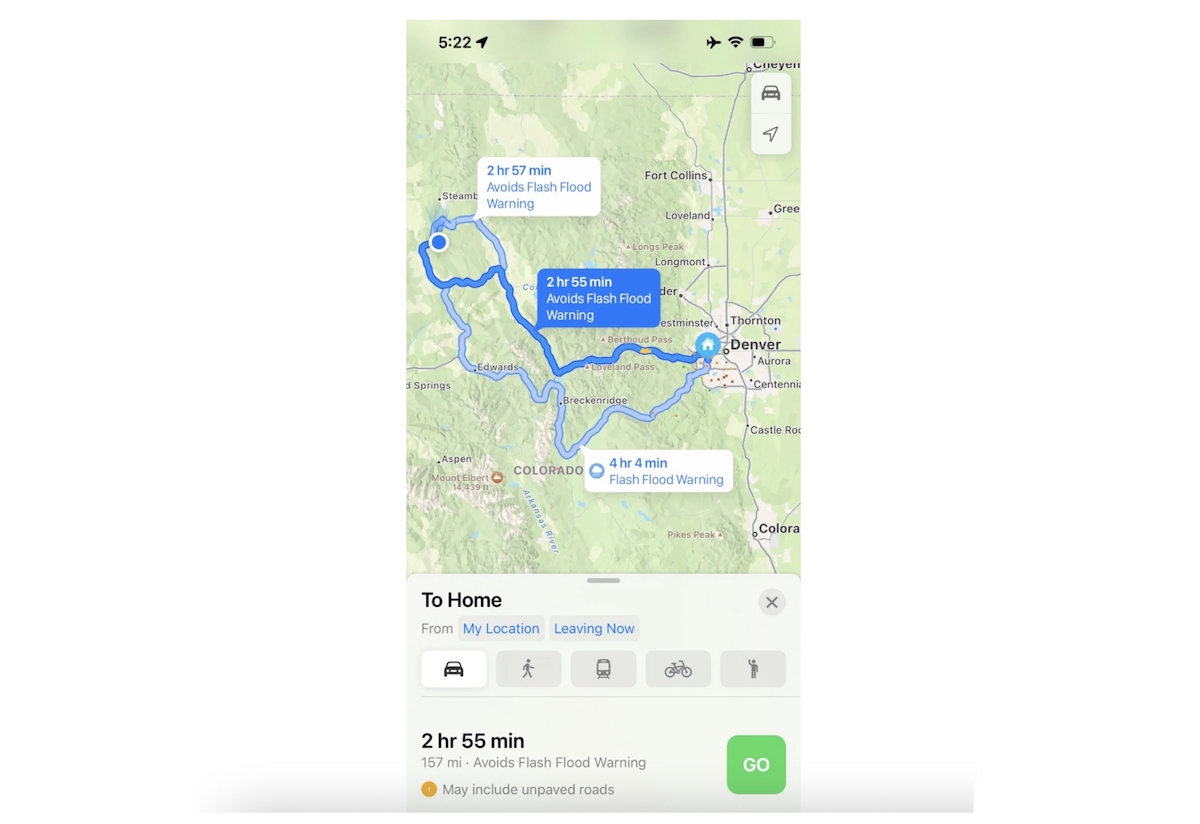 Apple has improved the navigation app drastically on iOS 15. As announced at the WWDC 21 event, here are some of the exciting and interactive new features coming to Apple Maps on iOS 15 in Fall:

The app the available on the App Store for free. It is compatible with iPhone, iPad, and iPod touch and requires iOS 10 or later.