iOS 14.5 was seeded to developers a few days ago, and several new features have been discovered since then like unlock an iPhone via Apple Watch when wearing a mask, dual sim 5G support for iPhone 12, Apple Card Family Sharing, option to set Spotify as default music player and more.

MacRumors details the functionality of the new reporting features for accidents, hazards, and speed traps. Users can swipe up on the Apple Maps UI to access new updates to call-in accidents or hazards by tapping on the “Report” option. In addition, users will also be able to send reports by saying, “Hey Siri, there is an accident.” 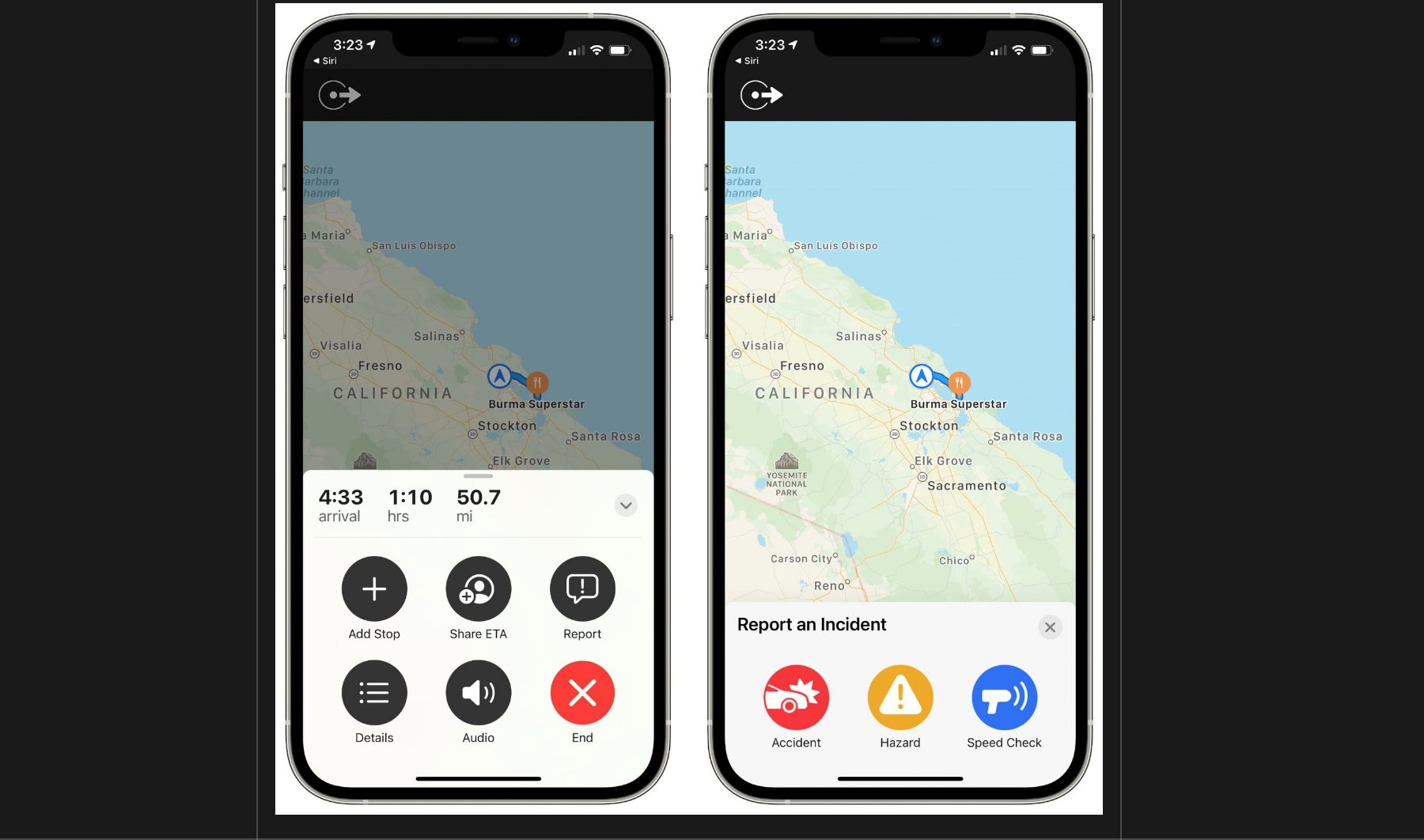 Similar to how Waze app’s crowdsourcing works, an accident will appear on Apple Maps when the app will receive numerous reports from a location. The new additions will update users in real-time to notify them of the flow or congestion along their route. These features have also been discovered in CarPlay’s version of Apple Maps.

Recently, in celebration of Black History Month, in partnership EatOkra, Apple introduced new guides in its navigation app for users to easily find and support Black-owned restaurants in their area.

In comparison with Google Maps, Apple Maps’ “Look Around” feature has been dubbed more impressive as it “offers more realistic, 3D photos and smoother animations.”