Apple has released iOS 14.5 beta 6 and iPadOS 14.5 beta 6 to developers. The update features two new major changes: a battery recalibration tool for iPhone 11, iPhone 11 Pro, and iPhone 11 Pro Max, and two new voices for Siri. Apple has also removed the default Siri voice and will ask users to select their preference in the latest update.

The recalibration tool aims to “recalibrate maximum battery capacity and peak performance capability on iPhone 11, iPhone 11 Pro, and iPhone 11 Pro Max to address inaccurate estimates of battery health reporting for some users.” Basically, a bug has been found in the reporting for battery reporting in iPhone 11 series, where users might see increased battery drain or reduced peak performance from their battery. In such instances, Apple intends for this tool to resolve the issue. 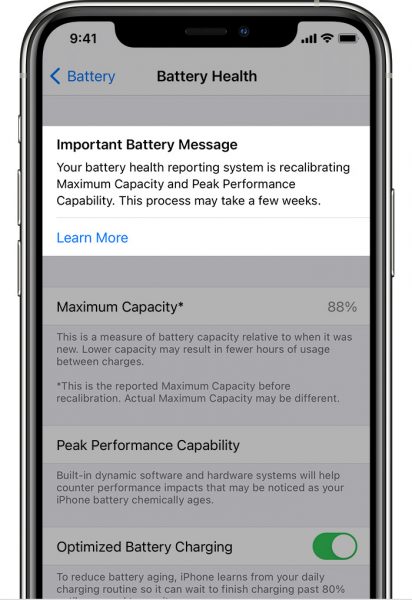 Once recalibration is started, it might take a few weeks for it to resolve the issue through many charge cycles. However, if the issue is still not fixed, and users see a battery service message, Apple says that it will replace the battery free of charge.

iOS 14.5 beta 6 removes the default status of the female or male Siri voice, based on the location, and makes it the user’s choice to select the voice that they want to use for Siri. Even though most of the world relates Siri to a feminine voice, in many locations, the male voice has been the default. To resolve any concerns regarding putting a female or male voice on an AI assistant, Apple has simply made it the user’s choice to select the voice they want to use in the new update. Apple has also added two new Siri voices in this update, giving users more choice.

In a statement to TechCrunch, Apple said:

“We’re excited to introduce two new Siri voices for English speakers and the option for Siri users to select the voice they want when they set up their device. This is a continuation of Apple’s long-standing commitment to diversity and inclusion, and products and services that are designed to better reflect the diversity of the world we live in.”

Apple has been testing iOS 14.5 for some time, and the number of new features in this release has increase tremenduosly over each release. Here is a detailed list of features and changes that have been discovered in iOS 14.5 betas so far:

If you already have an existing iOS 14.5 beta installed on your iPhone or iPad, simply go to Settings > General > Software Update to download the new version. Make sure you are connected to Wi-Fi and have more than 50% battery capacity to start the update process.