A new ‘Silence Unknown Caller’ prompt is discovered in the latest beta update, which will allow users to quickly mute calls from unknown or unwanted callers. The feature to silence unwanted calls was introduced in iOS 13, which directed unwanted calls to Voicemail, and the number was listed in the recent calls log. Now, the company is bringing that feature to the forefront.

A week ago, Apple seeded iOS 14.5 beta 3 to developers for testing and since then, a number of new features and changes in the code of the upcoming iOS update:  Apple Podcasts app has replaced the ‘Subscribe’ option with new ‘Follow‘ option, a new ‘Item Safety‘ anti-stalking feature in the operating system, “Find My Network” to share the location of devices using a mesh network, change default music player, and others.

Quickly turn on Call Silencing via the new prompt on iOS 14.5

iPhoneHacks reports that now the notifications for the Silence Unknown Callers appear in the front and center, “whenever you open Recent List, a new popup will show up. The feature is described as,

Reduce interruptions by silencing incoming calls from unknown numbers sending them directly to voicemail and displaying them as a recent call.

iPhone will continue to ring for incoming calls from your contacts, people you’ve called, and Siri Suggestions. 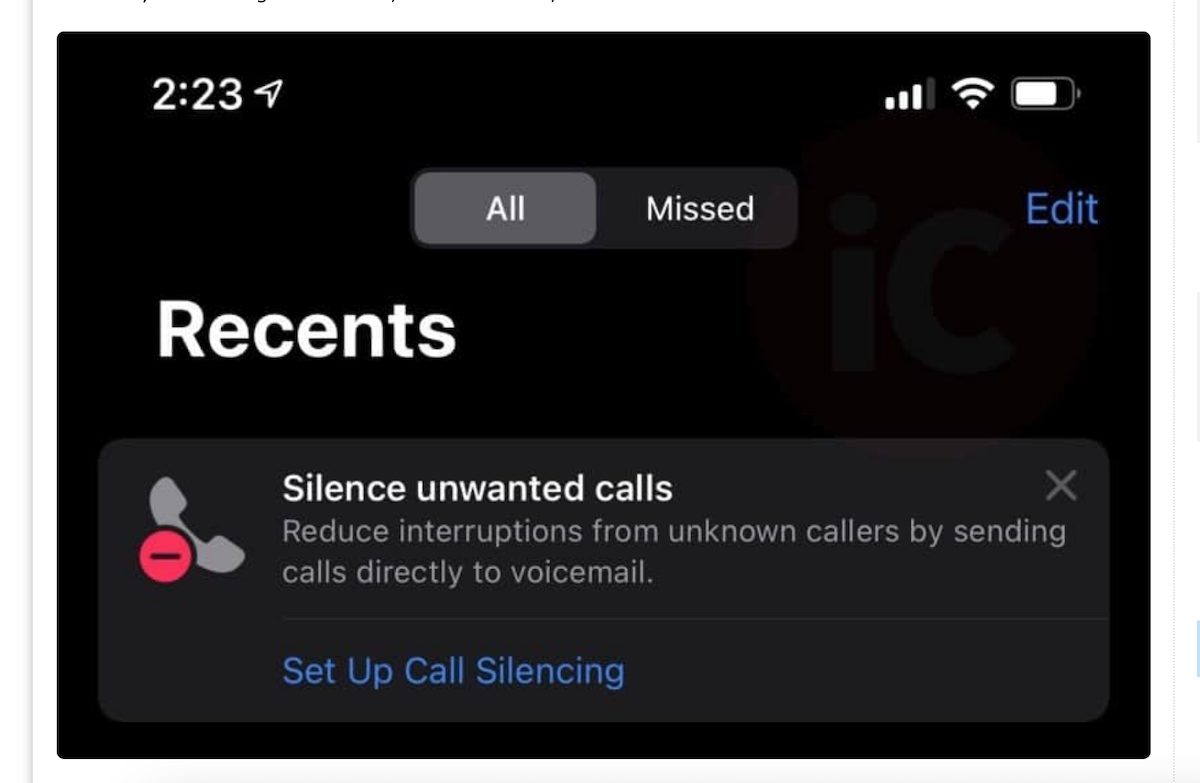 To be able to silence unknown calls helps users to avoid spam calls which are unfortunately on a rise and can be irksome. The new iOS 14.5 update is a very privacy-centered update; although Apple has introduced several privacy features in iOS 14, it will release the anticipated App Tracking Transparency feature in iOS 14.5. The ATT update will give users control of their data by allowing them to opt-out of app tracking across third-party apps and websites.