Apple has launched a new ‘Privacy-Label’ support webpage for all of its apps. The new page is designed to bring transparency by showing how users’ data is used by the company’s native apps across devices.

The new addition is made ahead of the anticipated iOS 14.5 ATT privacy update. The upcoming App Tracking Transparency update will forever change how developers track users’ activity across third-party apps and websites on iOS. By making it mandatory for developers to seek permission to monitor users’ online activity, Apple is giving users control over their data.

Privacy is a fundamental human right. At Apple, it’s also one of our core values. Your devices are important to so many parts of your life. What you share from those experiences, and who you share it with, should be up to you. We design Apple products to protect your privacy and give you control over your information. It’s not always easy. But that’s the kind of innovation we believe in.

A ‘Privacy-Label’ support page for all app developed by Apple

Our privacy labels are designed to help you understand how apps handle your data, including apps we develop at Apple. This page brings privacy labels for our iOS, iPadOS, macOS, watchOS, and tvOS apps together in one place.

The common allegation by aggrieved developers, over the tracking changes on iOS, is that the iPhone maker will not implement the ATT feature on its own apps and that would put their apps at a disadvantage. 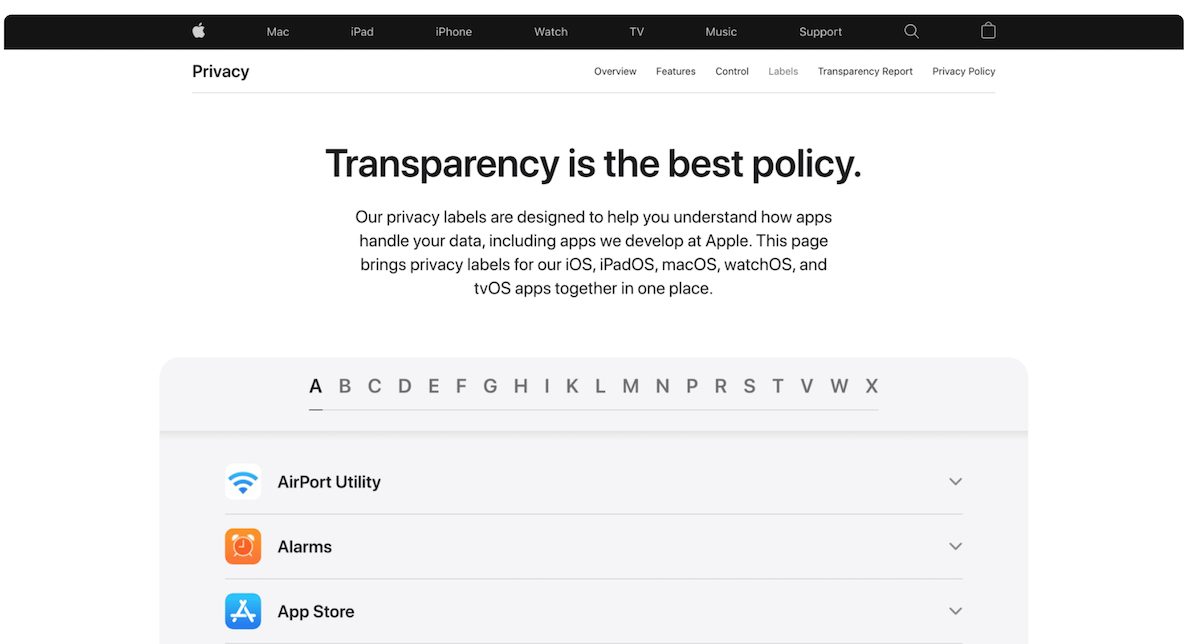 Recently,  France Digitale, a lobby group representing startups and venture firms, has filed an antitrust complaint against the iPhone maker at the EU over iOS 14 privacy updates. The filing levies the allegation that new privacy measures “do not extend to Apple’s own software and services” that the advertisements of App Store, Apple News, and Stocks app ads are shown to users without their consent and do not ask users for permission to start tracking them for advertising purposes.

In response, the Cupertino tech giant categorically denied the allegations and stated that,

“The allegations in the complaint are patently false and will be seen for what they are, a poor attempt by those who track users to distract from their own actions and mislead regulators and policymakers. Transparency and control for the user are fundamental pillars of our privacy philosophy, which is why we’ve made App Tracking Transparency equally applicable to all developers including Apple. Privacy is built into the ads we sell on our platform with no tracking.”