iOS 14.5 beta 3 was released yesterday to developers. Unlike the previous beta releases, this update does not have a lot of new features apart from updates to Find My app, and slight visual tweaks. Here are the updates that we have found so far.

The biggest change in the new beta is the weirdly named “Find My” app on iPhone. The app now shows a splash screen when you open it for the first time after updating to the new beta. The splash screen explains various new capabilities of the app such as support for non-Apple products to help find accessories, improved notifications for family members, and the ability to locate devices on a map even when they are not connected to Wi-Fi or cellular networks. 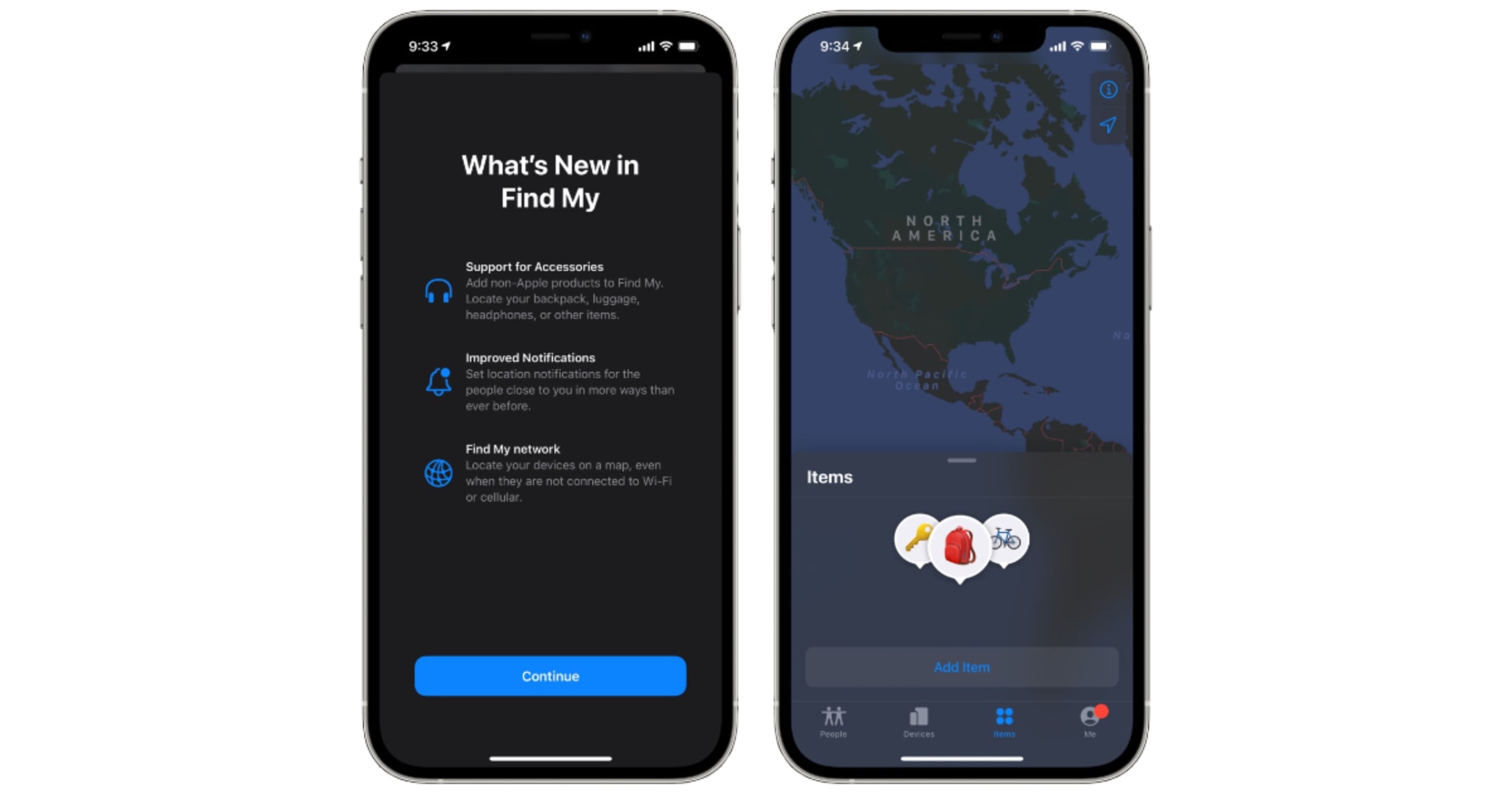 There is also a new “Items” tab in the app. It has an “Add Item” button which opens a “searching items..” user interface which will likely work with compatible accessories once they are released. We can guess that Tile will be the type of accessory which will have access to this feature as they wanted first-tier software and hardware access, similar to what Apple’s own products get with iOS.  The long-awaited AirTags might also make an appearance here, however, there is no mention of Apple products for location items in the new splash screen for now.

“Find My network” will likely work by using Ultra-wideband and Bluetooth networking and anonymously sharing the location of devices using a mesh network.

iOS 14.5 beta 3 still lets you chose the audio app to use for music and podcasts playback using Siri, however, there is still no option in the Settings app to make the switch.

Still no page in Settings for this, but Siri explains you can always switch to different apps by asking. pic.twitter.com/eafqZneiLY

Another new change found in the new update is a new Apple Watch icon to the notification that appears when you unlock your iPhone using your watch. This is for those instances when you have a mask on and unlock your iPhone using Face ID – a feature first introduced with iOS 14.5 beta 1. However, this notification does not show for all users yet, including yours truly. For now, we have not found how to make this notification appear so we can consider this a bug that hides it from some users.

iOS 14.5 beta has revealed a ton of other features in the span of just three beta releases. Check out our ongoing coverage of the features and under-the-hood changes discovered in the beta updates: