Apple Pay was the most popular method for mobile wallet transactions in the United States. The new 2021 Debit Issuer Study, commissioned by PULSE and conducted by Oliver Wyman, revealed that during the COVID-19 pandemic in 2020, mobile wallet usage increased and Apple Pay continued to dominate that space. PULSE is an electronic funds transfer firm and a subsidiary of Discover Financial Services that supports over 4400 financial institutions in the U.S.

Launched in 2013 in the United States, Apple Pay is now available in over 50 countries and support for new regions is added regularly. Integrated with iPhone’s Wallet app, the electronic payment service allows users to make contactless payments with a simple tap of the iPhone or Apple Watch in physical stores and by fingerprint authentication for online shopping. The service is widely accepted in 85% of retail stores in the United States and worldwide.

Apple Pay maintained dominance in the mobile wallet sector in 2020

As COVID-19 health measure required social distancing and contactless interaction, Apple Pay saw significant growth during that time. According to PULSE, the service captured 92 percent of the market share.

Mobile wallet usage grew by more than 50% in 2020 among the three pays – reaching approximately 2 billion transactions. During this period, Apple Pay continued its dominance, accounting for 92% of these transactions. 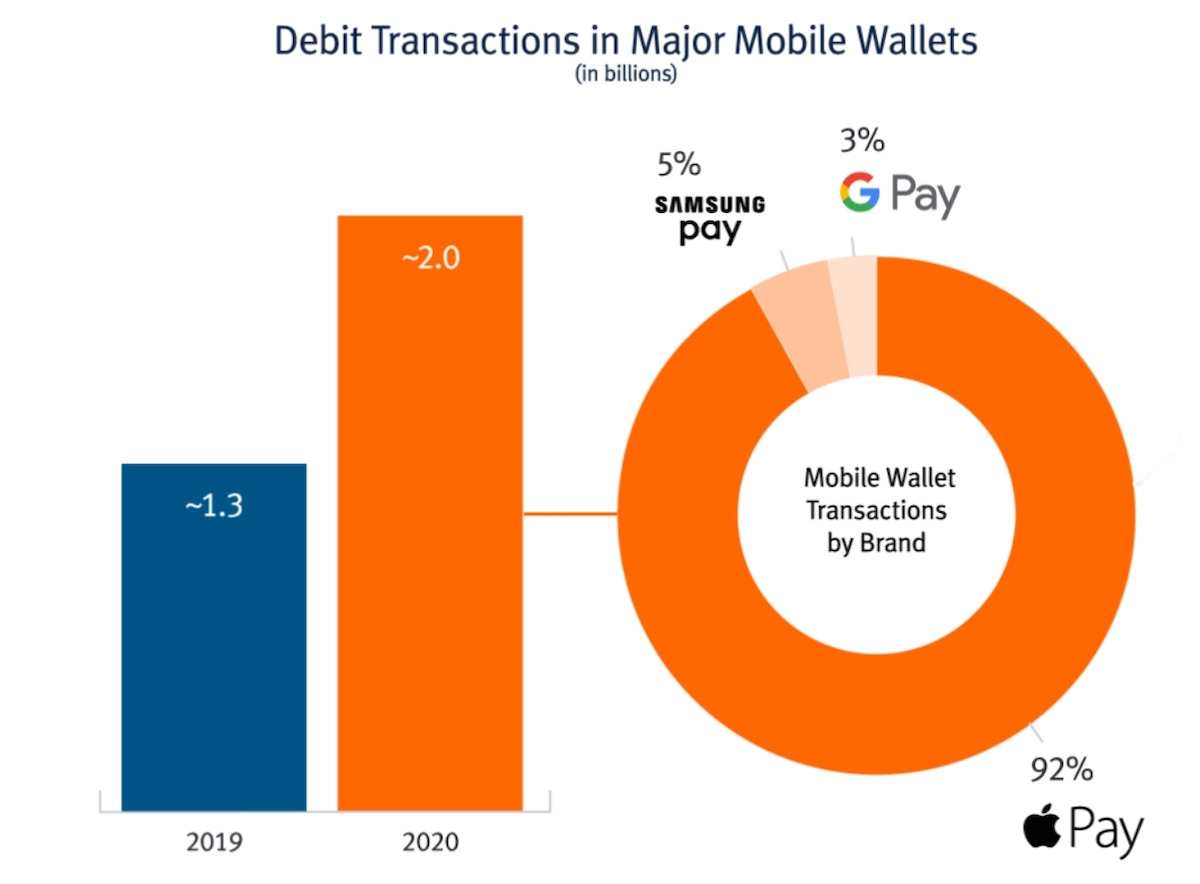 While contactless debit card penetration more than doubled in 2020 – rising to 30% of all cards – contactless transactions represented only 1.6% of all debit payments.

90% of national banks were issuing contactless debit cards by the end of 2020. Regional banks, community banks and credit unions look to narrow the gap in 2021 and beyond.

It is reported to offer a “buy now and pay later” monthly installments plan for the service and is working on a new feature to automatically select cards according to the terminal.