The U.S Patent and Trademark Office granted Apple a new patent ‘Location-based credential selection for wireless transactions’ for Apple Pay. The new filing reveals that the company is working on introducing a new Apple Pay feature that will automatically select a card based on the requirement for example a metro card, credit card, and others.

Compatible with iPhone and Apple Watch, Apple Pay allows users to make easy, quick, and contactless payments in stores, online, and in-apps, and received and send money via Messages to family and friends. The payment service works with leading credit and debit cards in the U.S which users can add to their Wallet app on iPhone and manually the relevant card to make a payment. And now the Cupertino tech giant wants to offer even more convenience to users to automatically making a selection. “Apple Pay is a safer way to pay, and even simpler than using your physical card.”

The filed document states that wireless technology can be used to store card information as well.

Electronic devices can include wireless capabilities to perform a variety of tasks such as wirelessly unlocking/locking a computer (or other device), wirelessly interacting with a television or other media device, and/or wirelessly conducting transactions. With respect to transactions, the wirelessly-enabled electronic device can store credentials corresponding to, for example, transit passes, identification, and credit/debit cards compatible with different payment types. For example, using a wireless communication protocol such as a near field communication (NFC) protocol, the electronic device can conduct a transaction with a nearby reader terminal using a stored credential that is compatible with the terminal. 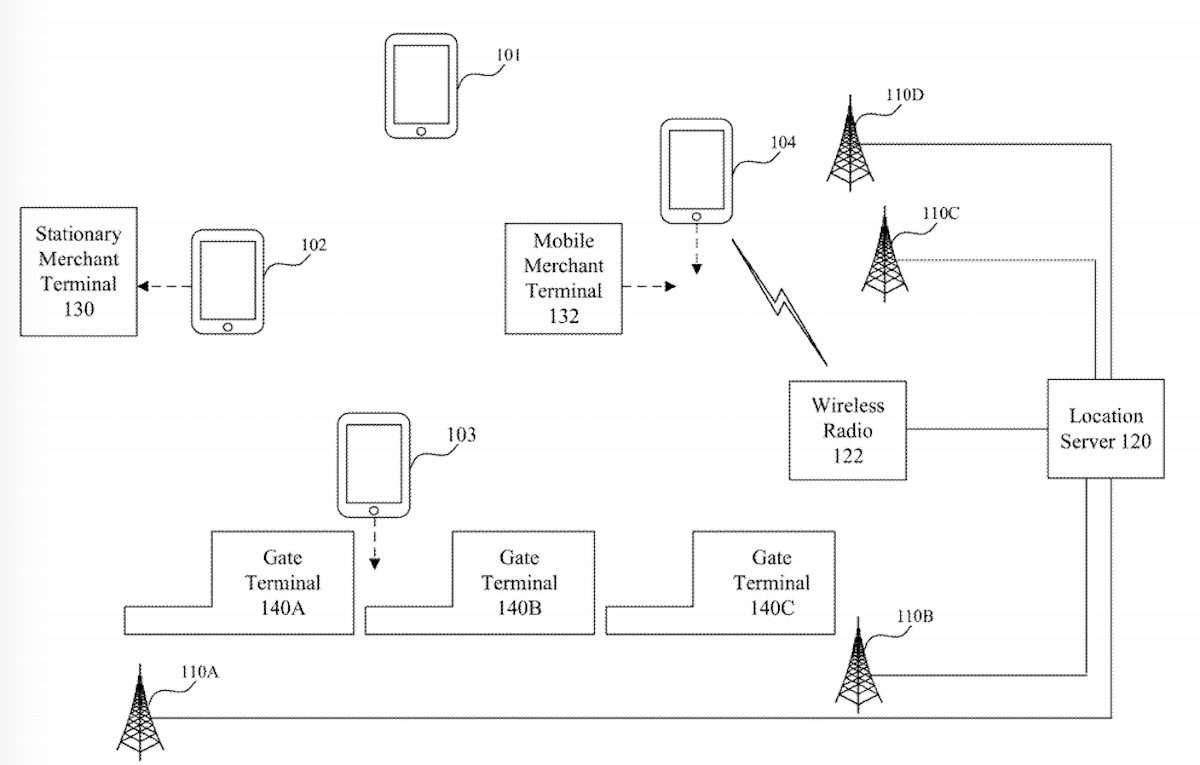 It is detailed that the wireless capability will perform multiple functions by storing card’s credentials, determining the location, and making an appropriate card selection to complete a transaction.