With all the Apple news lately, it is easy for some stories to get lost in the storm. However, one service getting ready for release is iTunes Replay. iTunes Replay is a new service that would allow users to redownload movies and tv shows and even stream them. These would have obviously needed to have been purchased previously. 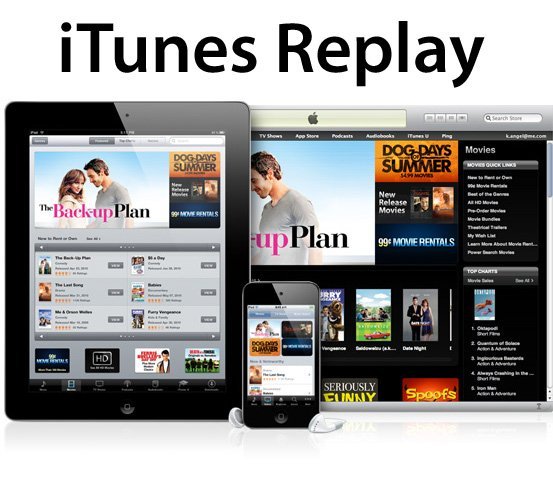 Apple recently released a new Apple TV Update that allows users to redownload television programs they have purchased, but did not allow the same feature for movies. However, rumors are that the movie feature will be released soon. iCloud is expected to be released soon, and will allow for even more streaming to wireless devices. Not only will iTunes Replay allow you to redownload videos, you can also stream the videos.

With the storage restrictions on most iOS devices, the streaming feature will be a great addition to anyone looking for more of a video variety on their device. Apple’s current functionality allows users to redownload purchased music and apps, so it only makes sense that movies and TV Shows would follow suit.

We are expecting iTunes Replay to launch with iOS 5, iCloud and we hope, the new iPhone 5. Stay tuned here for more information on what is coming next.