Apple’s newest Beta for iOS 5 comes to anyone who is using iOS 5 Beta 3 via an OTA update. If you’re not on Beta 3, then you can download the full upgrade file from Apple’s developer site. This is the first update to use the long awaited OTA updating, that many other manufacturers currently offer. 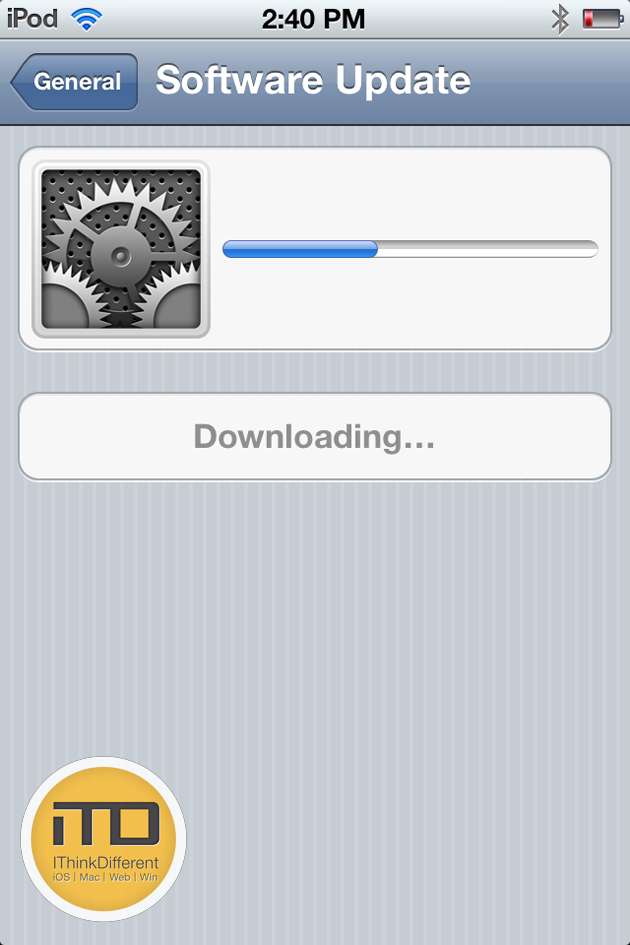 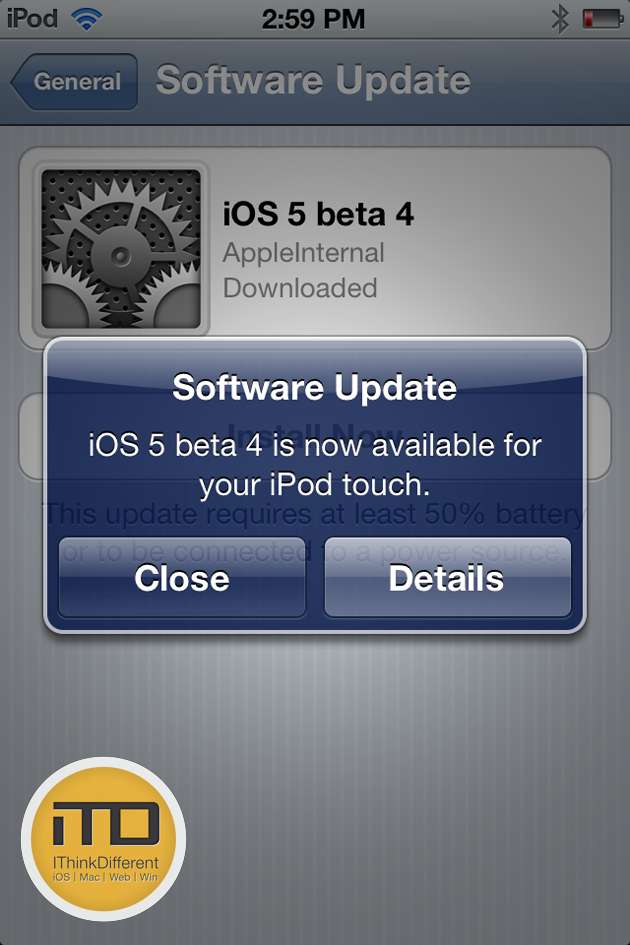 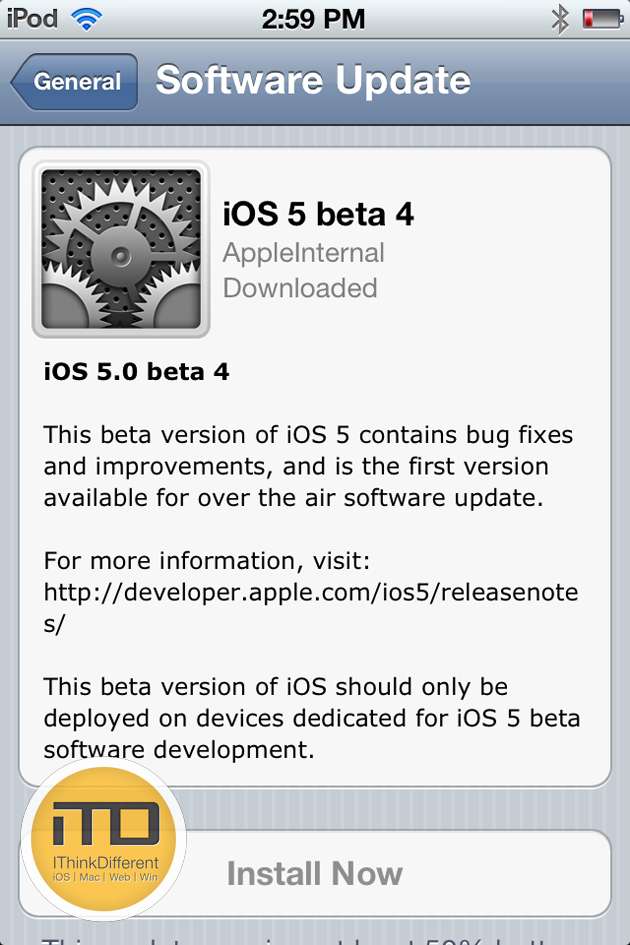 It was very easy to get the Over the Air update going. And it took just as long as if you were to update it with iTunes. The only difference was, instead of the update file being 700MB in iTunes, it was only 170MB in the OTA update. The following is the release notes for the newest iOS 5 Beta 4:

The following issues relate to using the 5.0 SDK to develop code.