Apple is getting ready to launch several new products this year, including the new MacBook and iPad models. Based on the information shared by a recent report claiming that Apple might be working on an iPad mini Pro, a tech publisher has created a concept iPad Pro mini.

Previous year it was reported that the Cupertino tech giant could release a new iPad mini in the first half of 2021 but it didn’t. Now the rumor mills are again speculating the launch of a new iPad mini model. 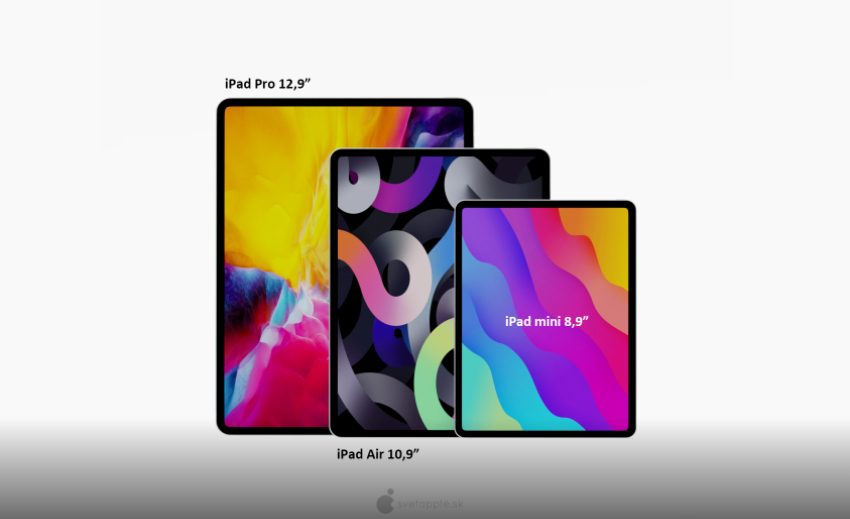 Concept imagines what Apple’s iPad Pro mini would look like

The new concept by Svet Apple imagining an iPad Pro mini featuring an 8.9-inch display and a design very similar to the iPad Pro. This includes slim bezels around the display, flat edges, Face ID, and USB-C connectivity at the bottom.

The iPad mini of the 6th generation, created and presented by the svetapple.sk editorial office have got flat edges and overall it is a “miniature” of last year’s iPad Air. The diagonal of the Liqid Retina display with a resolution of 2360×1640 pixels is 8.9-inch (originally 7.9 “) and the display unit has 500 nits, TrueTone function and P3 color spectrum support. 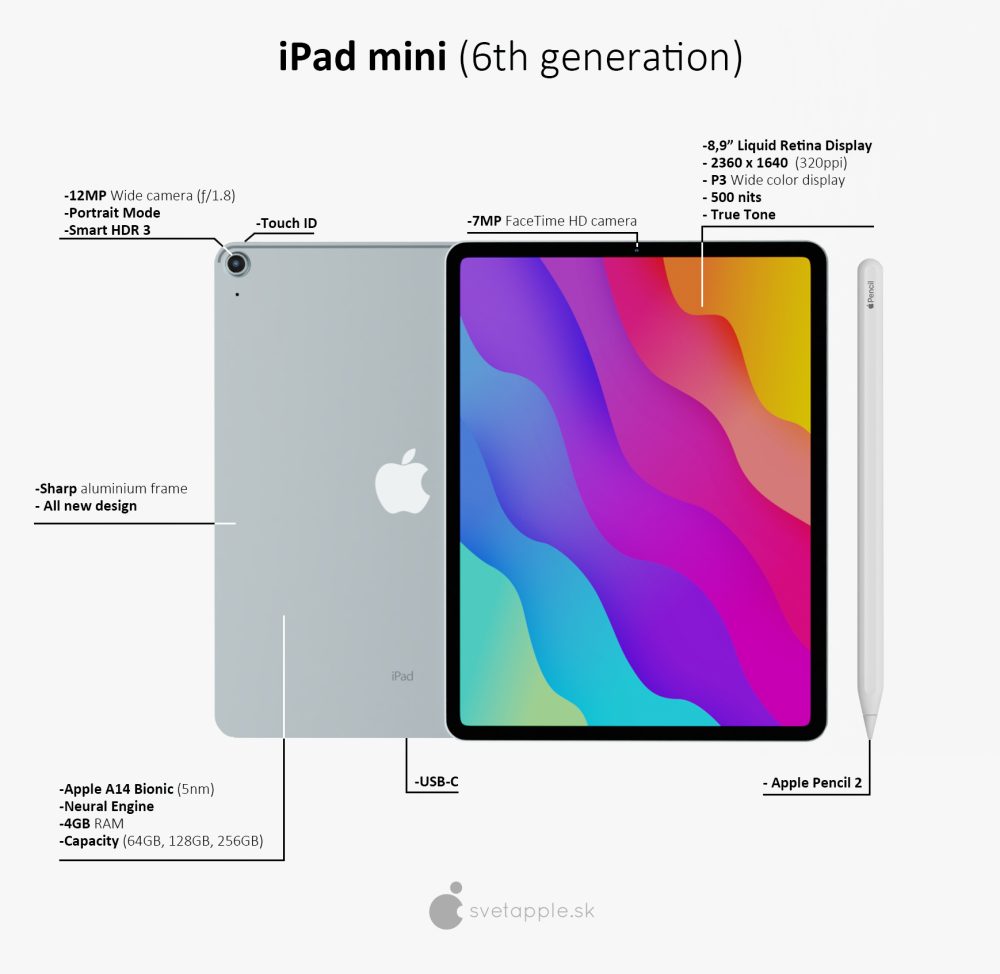 The smallest iPad can be available with 64GB, 128GB and 256GB storage + LTE version. The USB-C port will be used for charging, replacing the classic Lighnting. Finally, we also counted on the support of the Apple Pencil 2nd generation, which could be attached to the side edge of the device.

There have been many posts regarding Apple’s iPad, however, nothing is for certain. Last year, there was a report which suggested that Apple will release an iPad mini in the first half of 2021. The report came from Ming Kuo, and at that moment Kuo did not provide many details except that the selling points would be “the affordable price tag and the adoption of fast chips.” 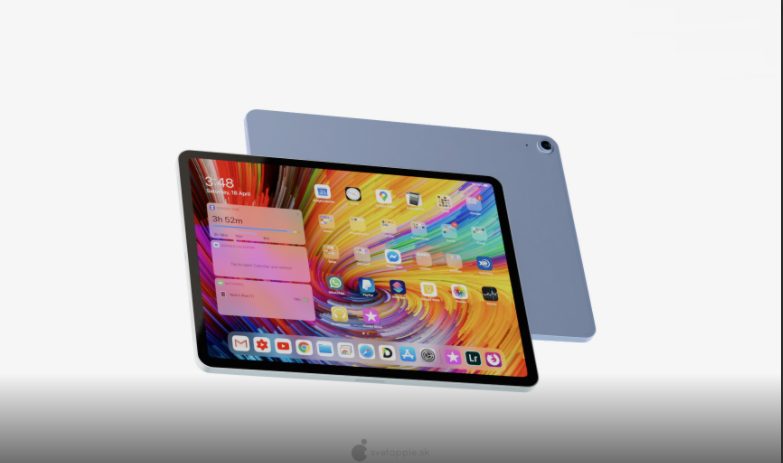 Previously there was another report that suggested that a 12.9-inch iPad Pro with a mini-LED display might launch in the first quarter of 2020. Many fans have suggested that Apple release a modern version of the current iPad mini, with the same nearly bezel-less design that is seen on the iPad Pro and iPad Air 4. This will allow space for Face ID in the iPad mini, or move Touch ID to the power button.

What do you think of the new concept for the 8.9-inch iPad Pro mini? Would you go for a model with this design? Let us know in the comments below!