Apple has announced iPhone OS 4 with over 100 new features. A developer preview has also been released which will be available for developers enrolled in the iPhone Development program. They will also have early access to the SDK so that they can start utilizing the new features such as multitasking in their apps right away. 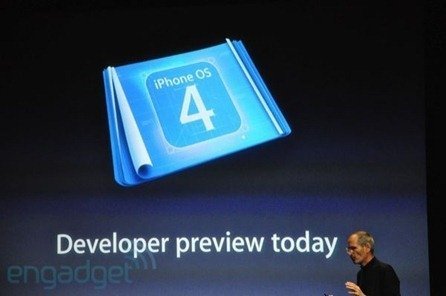 iPhone OS 4 will be released to end users in summer this year. For iPad users, the release is later this year. It will bring some most wanted features such as wallpapers, multitasking, iBooks, Game Center and customization. There’s a catch though: multitasking and some other features will not work on iPhone 3G or iPod Touch 2G, but only on iPhone 3GS and iPod Touch 3G. iPhone 1G and iPod Touch 2G aren’t supported in iPhone OS 4 at all. So it’s time to upgrade folks!

If you’re a developer or just want try out iPhone OS 4, you can download it here.