After the launch of iPad, now the next big thing for Apple is the launch of iPhone OS 4.0. Apple will preview OS 4 today (Thursday, April 8 ) at 1pm Eastern Time, at a media event in its headquarter and only selected audience will be present there. The tag line of the event is “Get a sneak peek into the future of iPhone OS”.

iPhone OS 4.0 is surely the most anticipated OS for iPhone, iPod touch and iPad because it is expected that it will have many new features and biggest of them all could be multitasking which is available on Android and Web OS. 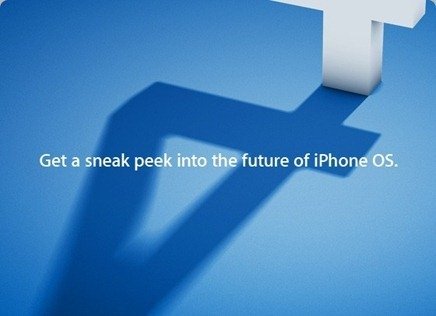 These are the sites from where you can watch the live event: