One of the most important and most liked features of the iPad is its iBooks app and most people were hoping that it would also be incorporated in iPhone and iPod touch [Just like the Kindle app for iPad which is also for the other two devices] Steve Jobs just revealed that in iPhone OS 4, iBooks would also be available for iPhone and iPod touch users. 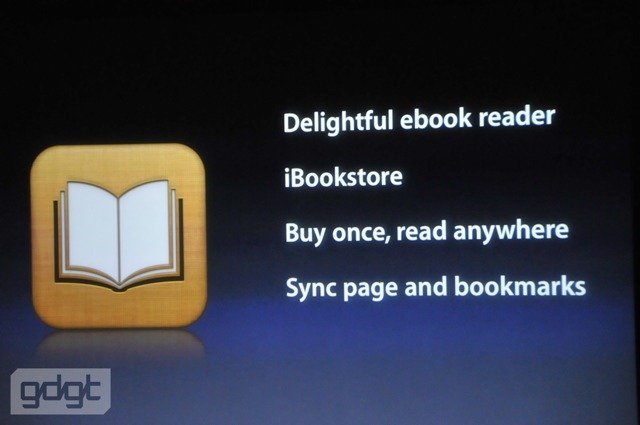 Its benefits would be:

· You would buy iBook once from iBookstore and would be able to read it in all you devices which are iPad, iPhone and iPod touch.

· You would be able to wirelessly sync pages and it would bookmark them automatically.

· And all the free books that were available for iPad would also be available free for iPhone and iPod touch.

And the most important one would be you could have a great reader experience in all the three devices.