With dual NAND finally working after numerous attempts from Spanish hacker who goes by the name of chickenpox, it is highly likely that we may see a dual booting PS3 on both official firmware 3.66 and a custom firmware like 3.55 Kmaew CFW. This may require some expert soldering skills at first but it will eventually become an everyday affair, just like Xbox 360 having all sorts of “easy-to-install” modchips available in the market. 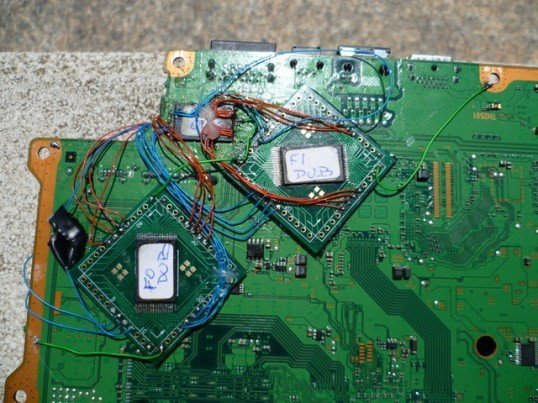 This can actually be a breakthrough in PlayStation 3 jailbreak scene. A dual booting option means you can have the best of both worlds on a single PS3 console i.e play online with your PSN friends on the official firmware while also enjoy the homebrew apps or even install Windows on the custom firmware. Chickenpox has posted this success of finally getting a dual NAND to work on his 40gb PHAT PS3 as follows:

Very Good After trying out several tests of the Nand Fat off the console with poor results because of the long cable and data loss, I decided to approach the issue by putting the two Nand and activating of interest.

Here I leave a flash1 photo of a folded and functional Sem001.

So, what do you think guys, how long before we see the dual booting option on a single PS3 console go public?