After months of testing, and after launching Dark Mode options on other apps, Facebook Inc. is finally launching a full public test of Dark Mode on the main Facebook mobile app for iOS and Android.

The social media giant has been slow to introduce support for Dark Mode to all of its apps, but it has made some progress since its introduction in iOS 13, with Facebook Lite, WhatsApp, Instagram, and Messenger apps for iOS and iPadOS. However, it’s still unclear why the company’s main app took longer to gain the feature.

Although the social media giant has not yet made an official announcement about the new background option, news of its availability comes from a very reliable source. Notable leaker and reverse engineering expert, Jane Manchun Wong shared the news along with a video made in collaboration with Facebook’s tech comms manager Alexandru Voica.

As noted, the social media giant has already added dark mode options in most of its other apps, including Messenger, Facebook Lite, WhatsApp, and Instagram. The platform also added Dark Mode as part of its desktop app refresh back in March. 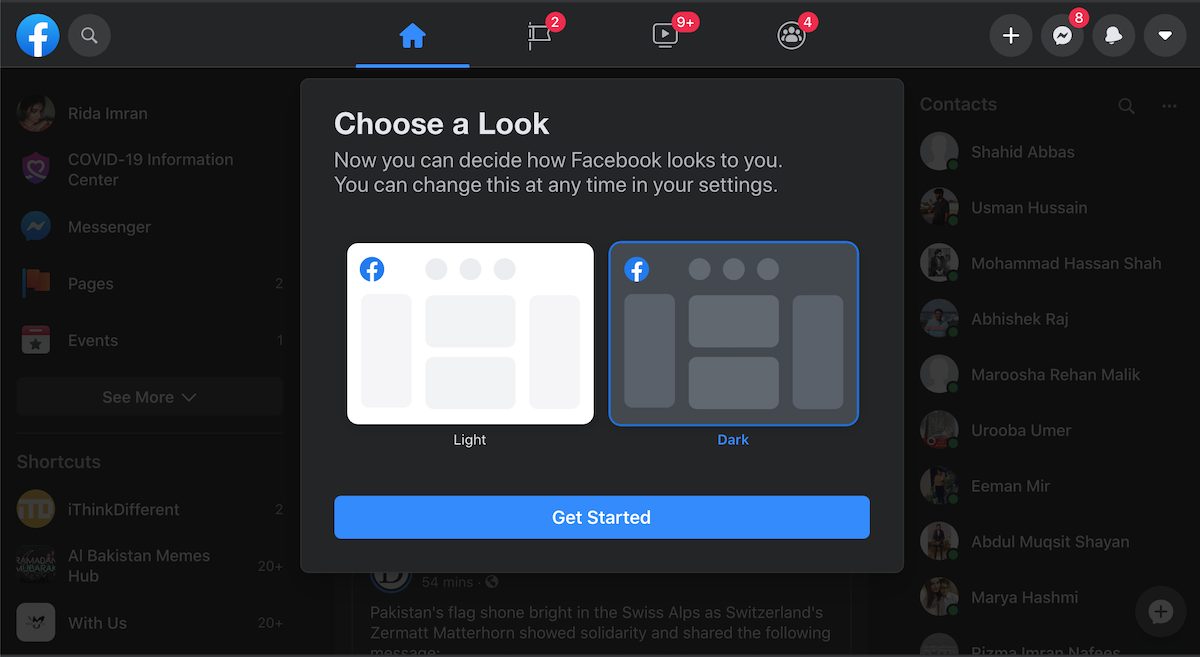 Still, the mobile app missed out. Wong spotted some initial tests of Dark Mode in the main Facebook app back in March, and the company even launched a limited test of the option in June but a public test was never held. But now, more users will be able to try it out, with the function set to come to all users over the next few months. 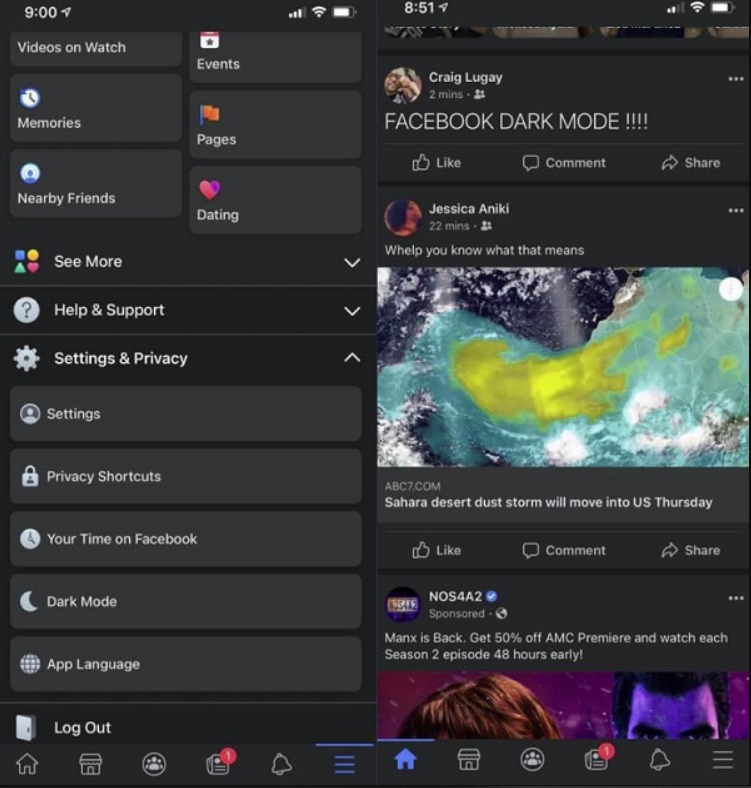 Since the feature is still being tested and appears to be rolling to a select number of users only, there is no way to guarantee if new background will be available on all Android or iOS devices right now. So, users should be patient for the feature to appear on their app.

To check to see if dark mode is available on your device, head to settings, look in the Settings & Privacy section, and the option might be there – if not, you’ll just have to wait for the public rollout.