Facebook announced on 13th November that it is bringing Snapchat’s feature of disappearing messages to Instagram and Messenger with the name, ‘Vanish mode’. Some users may have already noticed the feature in their chats as the whole redesign was announced for Messenger around two months ago.

The intent of the feature is to bring more comfort to casual conversation. To enable, swipe up in chat and vanish mode will appear, once messages have been exchanged and the window closes, the messages will have disappeared. 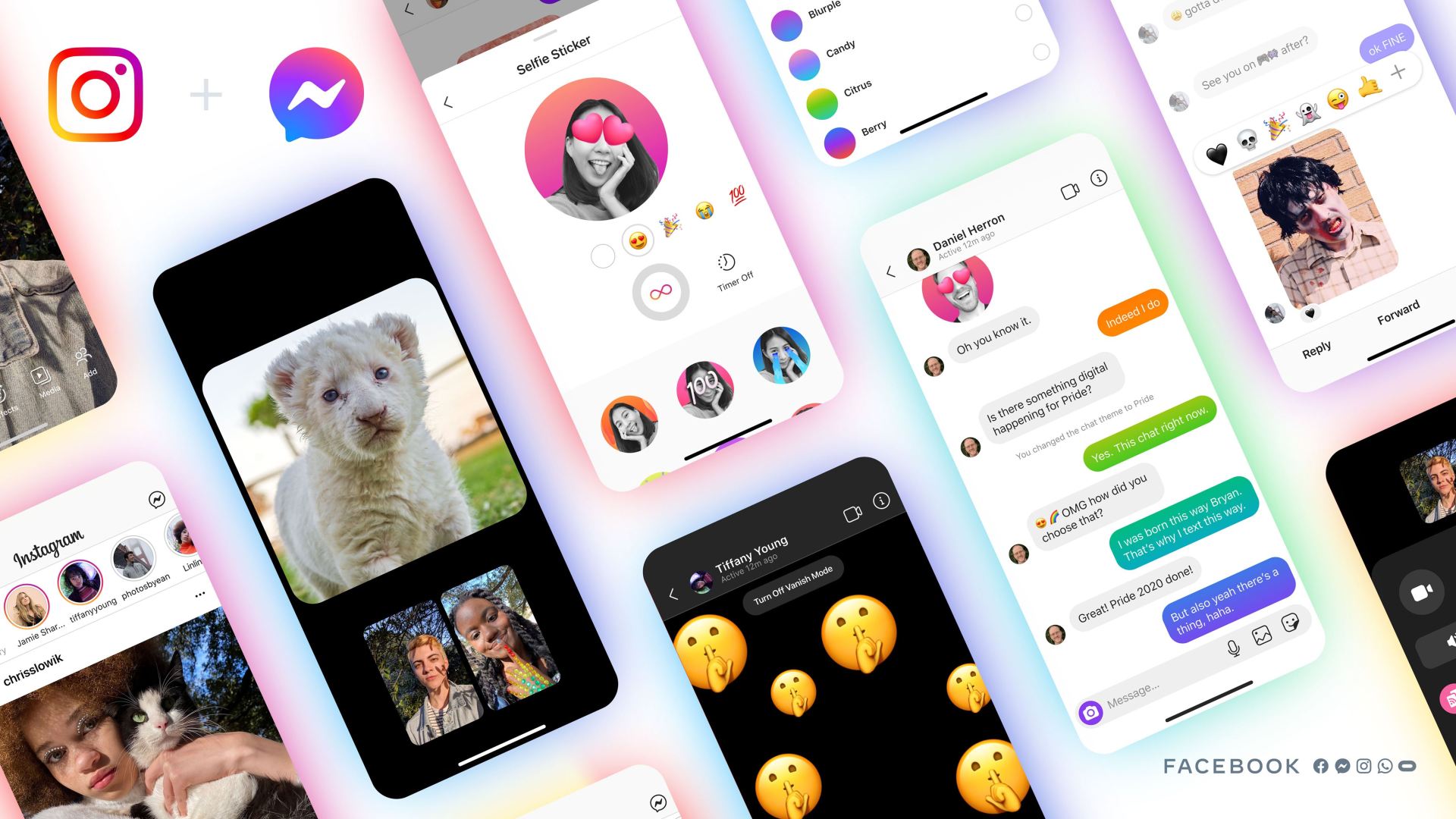 Snapchat has its ‘vanishing mode’ on by default, it will not be the case on Messenger and Instagram. Users can enable it from within a chat by swiping up on their device’s screen while in the chat.

The first time someone launches the Vanish Mode, a screen will appear which will explain how it works. Just like on Snapchat, once the mode is active it will alert the user if someone takes a screenshot of the conversation. 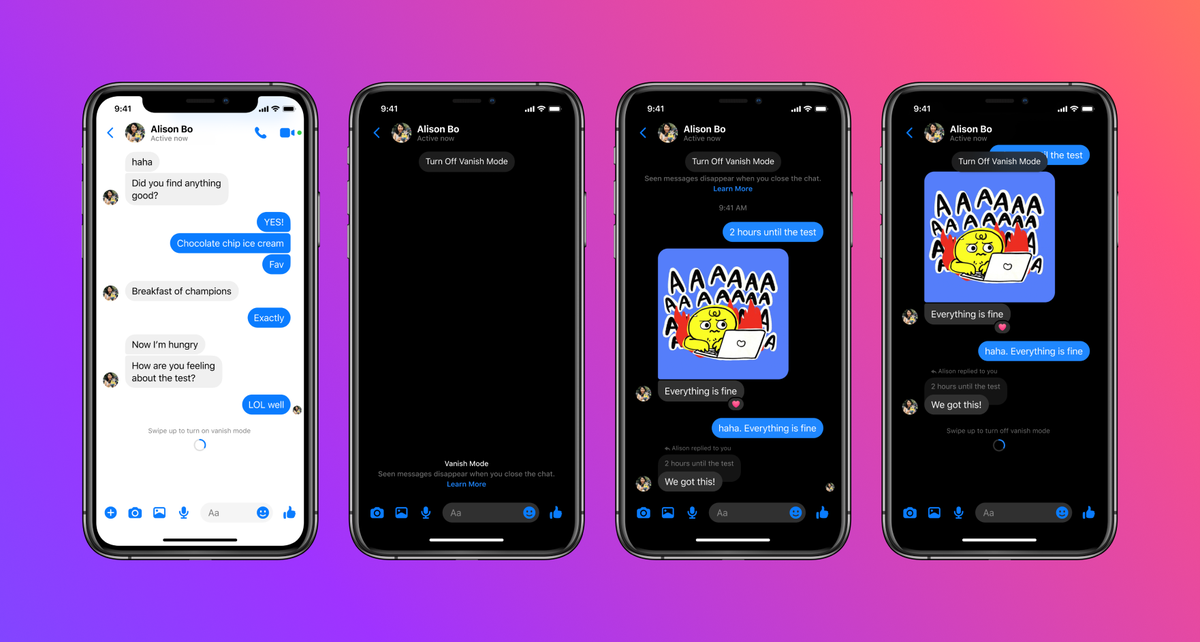 Facebook supports reporting and blocking in Vanish Mode. If a user reports a chat in the conversation, the vanishing messages will be included in the report for up to one hour before they disappear. This way, the company will be able to review the reported conversation and take action if it is necessary.

Once the user is in Vanish Mode, the screen will go dark to signal the change. Tap on the ‘Turn Off Vanish Mode’ button on the top of the screen to exit Vanish Mode. 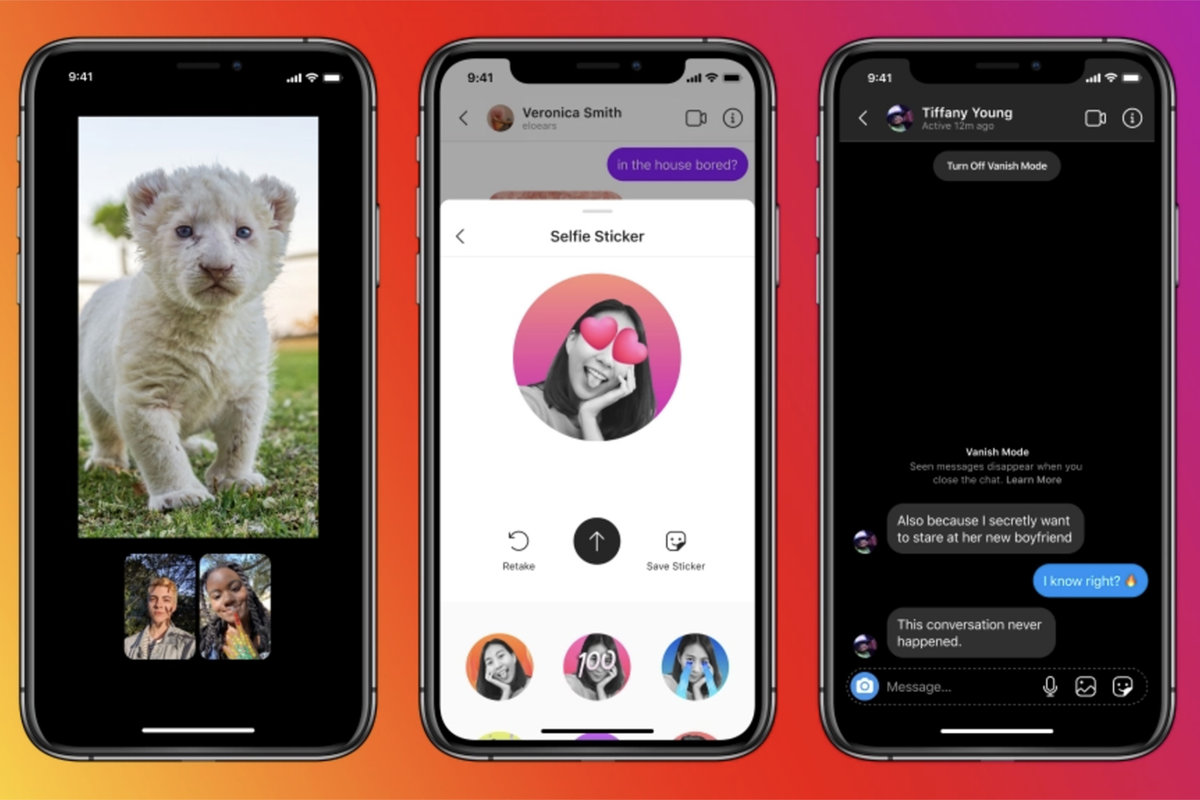 Facebook says that Vanish Mode started rolling out in Messenger in the U.S., Bangladesh, Mexico, Peru, and on Instagram in Chile, Peru, Argentina, Canada, and a few other countries. The company says the feature will soon roll out to other countries across both platforms.

This ‘vanish mode’ seems to be part of Facebook CEO Mark Zuckerburg’s announcement from last year that the company’s focus will shift away from public posts and News Feeds, and move towards groups and private messages.