Google has officially announced Android 4.2 along with a new line up of Nexus devices: Nexus 4 smartphone, Nexus 10 tablet, and Nexus 7 (3G Model) tablets. Google had planned to announce these at an official event but it was canceled due to Hurricane Sandy affecting the East Coast. Unlike the rumors which suggested that Android 4.2 will be called Key Lime Pie, it is simply an updated version of Android 4.1 Jelly Bean. However, despite the point difference in version number, Android 4.2 comes with many new features including gesture typing, improved Google Now, multiple user profiles support, Miracast support and much more which will be discussed in details after the jump!

Gesture typing now ships as part of Android 4.2. Similar to Swype keyboard, gesture typing automatically figures out the word you are trying to type when you just slide your finger on characters without lifting a finger. This can result in very fast typing without mistakes. It’s definitely a good feature to have for free! We wonder if this means doom for Swype now, though. 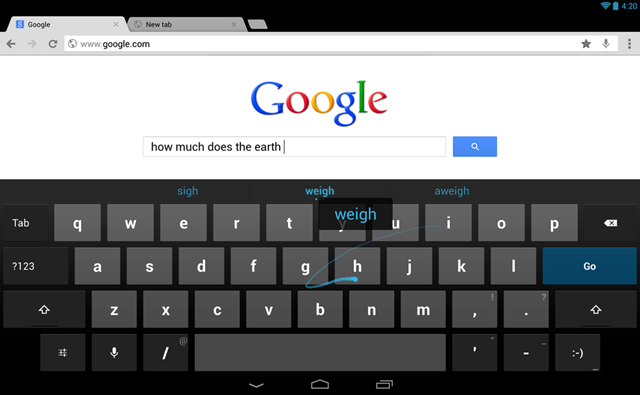 The new Photo Sphere feature similar to Photosynth from Microsoft allow users to take superb 360-degree panoramic shots and instantly upload the images to Google+ or even to Google Maps for the world to see. This also comes with a new updated camera UI which hides most of the buttons and only shows them when users touch the screen. Brilliant stuff! 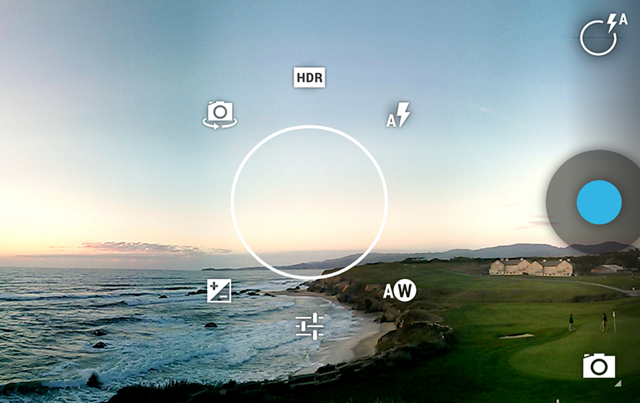 Android 4.2 adds support for multiple users on tablets. With multiple user support, every user can have his/her own home screen, widgets, apps, games, and background however if one user has downloaded apps, the other users won’t need to re-download them in order to install them. The multiple user’s support will only be available on tablets and not on phones. 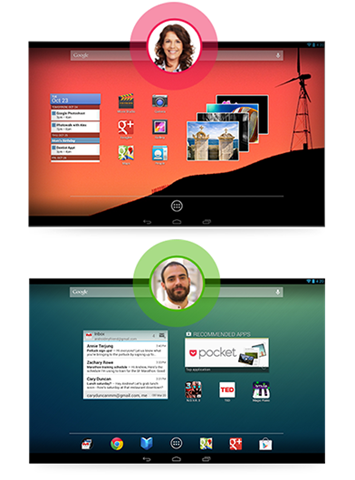 Miracast in Android 4.2 (Similar to AirPlay in for iOS) is a WiFi sharing protocol which allows you to stream content from your phone or tablet to an HD TV. Miracast Boxes will be available very soon for current TVs and are expected to sell under $99 while future TVs should ship with this feature built in.

These were a few of the new notable features in Android 4.2 Jelly Bean. Besides these new features, the Jelly Bean update comes with many improvements like message zooming in Gmail, expandable notifications, lock screen widgets and improved Google Now functionality.

Android 4.2 will ship with Nexus 4 smartphone and Nexus 10 tablet however the 4.2 Jelly Bean update will soon be available for currently available Nexus devices like Nexus 7 and Galaxy Nexus.