Google is rolling out a new noise cancellation feature for Google Meet called de-noiser. According to details shared by the Managing Director of G Suite products, Serge Lachapelle, in his latest interview with Venture Beat, the tool will intelligently fade out several types of background noise as long as they are not too close to the microphone. The company describes the feature as means to limit interruptions for users in their online meetings to make the experience better for Google Meet users.

The company announced the feature back in April. The feature will take advantage of supervised learning techniques and will require training an AI model beforehand for a set for specific data.

The noise cancellation tool is officially known as ‘de-noiser’ and will be using a setting in Google Meet. Serge Lachapelle used some examples for demonstrating common distractions during video calls i.e. glass clinking, pen clinking, wrappers, clapping and others.

After the noise cancellation was enabled, background noise faded and his voice was clear. However, the feature was not able to filter out all background noise. He explained:

“The human voice has such a large range. I would say screaming is a tough one. This is a human voice, but it’s noise. Dogs at certain pitches, that’s also very hard. So some of it sometimes will slip through. On those kinds of things, it’s still a work in progress.” 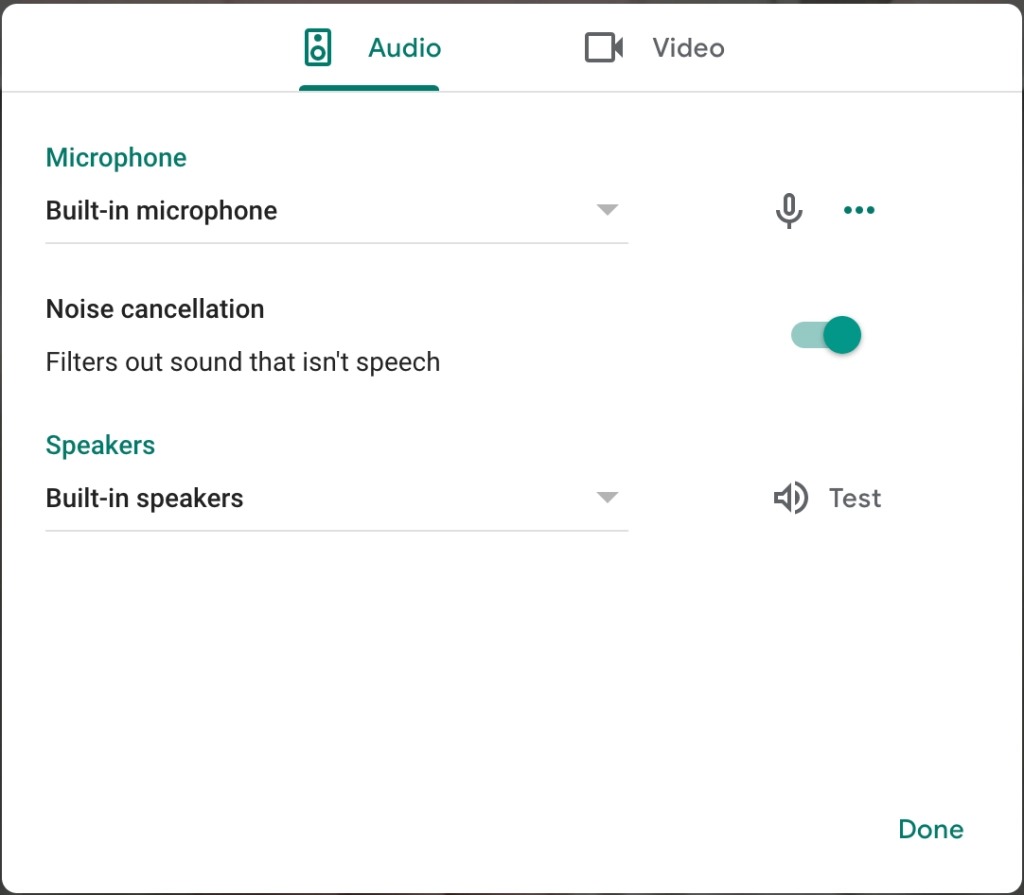 He named a few other sounds which were tested by Google Meet’s team for noise cancellation and shared whether de-noiser was capable of blocking them or not. According to Lachapelle, de-noiser works with slamming doors, dogs barking, voices of children fighting, vacuum cleaners, blenders, and other kitchen appliances, musical instruments, singing, etc.

Tuning the tool will be tough for developers due to the wide range of noise that encompasses any environment. The main goal for the company is to make the overall experience better for users so that they are able to work on the go with their smartphones regardless of what surrounds them.

Lachapelle describes the ultimate goal as:

“The goal is to make the conversation better. So the goal is the intelligibility of what you and I are saying — absolutely. And if the music is playing in the background and we can’t cancel it all out, as long as you and I can have a better conversation with it turned on, then it’s a win. So it’s always about you and I being able to understand each other better.”

Google is seemingly happy with the latency of its new feature and hopes that it is able to improve the user experience in the future as well. The rollout for the product will be gradual and will be available on Google Meet’s web version. It will be released for iOS, Android, and G Suite later this month.