Google has released a new ad titled GPhotos. For Life. which tells an interesting and compelling story about its benefits. The ad highlights the unlimited backup, smart search, content organization and Free up space features of Google Photos while taking a sneaky shot at 16GB iPhone’s storage issues. 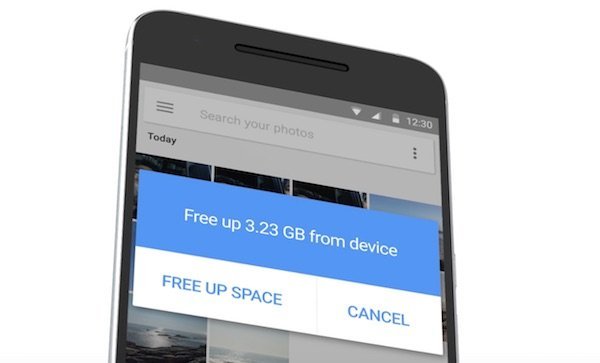 Google has released an ad a few days ago titled Free Up Space which showed the problems of running out of space when taking photos or videos. It showed an iOS style dialogue box which alerted users that their storage is full. In the end, they show an Android phone using Google Photos, which, ironically, is shown on a device which looks like an iPhone. Anyhow, it was clear that Google was pushing Photos as an app and cloud service that can help users from low storage issues, especially on devices like 16 GB iPhones.

The new video follows up with an interesting pitch of how users stored photos in older times when there were no digital cameras and people used to have only a small number of photos. They compare this to nowadays when users have photos ranging from countless burst mode photos, accidental clicks, photos just to remember or store phone numbers and so on. Users are far too liberal with taking photos now and it is common to have thousands of photos and videos in a phone library, thanks to high megapixel cameras. The iOS dialogue box makes an appearance in this video too.

The ad also highlights Google Photos’ best feature: smart contextual search. It automatically recognizes objects, people, buildings, locations and the likes in photos and helps users perform instant searches to find what they were looking for. Compared to iPhone’s photo search (even the upcoming one in iOS 10 and macOS), Google’s solution is miles ahead.

The problem with iOS 10’s photo recognition is that it localized. Your data of people and objects found in your photo library is not synced using iCloud to your other iOS devices or macOS devices. It means that users have to tag people again, mark them as favorite and also leave their devices on overnight after the first install to let the scanning complete. Based on the number of photos, this can take hours. I, for one, am not a fan of Apple’s solution which kills convenience in the name of privacy.

Apple could have introduced local sync via WiFi between iOS devices and Macs to fix this problem while keeping privacy intact but they have not done so. Until then, we recommend that you try out Google Photos. It will blow you away by how well it organizes your photos and videos. It even works well with slo-mo videos, Live Photos, and other iOS native camera features.