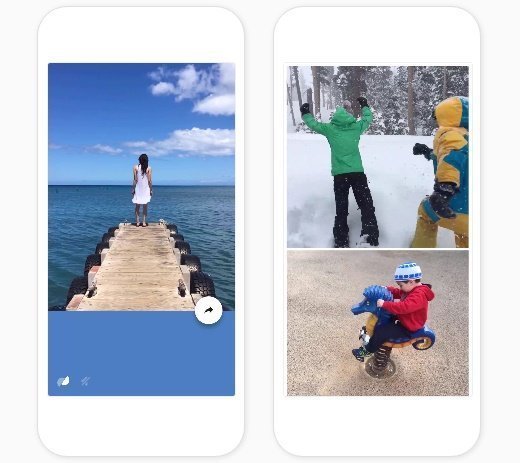 Users can browse their Live Photos in an Instagram-like stream in the app and watch them autoplay as they scroll through. Any number of Live Photos can be used to create movies which can be shared on social media.

Motion Still utilizes Google Research’s stabilization technology to turn shaky Live Photos into beautiful cinematic videos. Stabilization is done on the device so you don’t need to upload your files to the cloud for processing. If you have used Instagram’s HyperLapse app, you would find the stabilization results to be very similar.

There is currently a bug in the app where it does not play well with Live Photos stored on iCloud. As a workaround, users need to open them in Photos app and let them download to the device before opening them in Motion Stills app. Google is working on a fix and will release an update soon.

Google had also added Live Photos support to its Photos app for iOS so you can easily back up and view them on other synced devices.