Camera for Live Photos brings the ability to capture Live Photos to older iPhone models. Apple officially supports Live Photos capturing only on iPhone SE, 6s and 6s Plus, but almost all iOS 9 supported devices can view them. 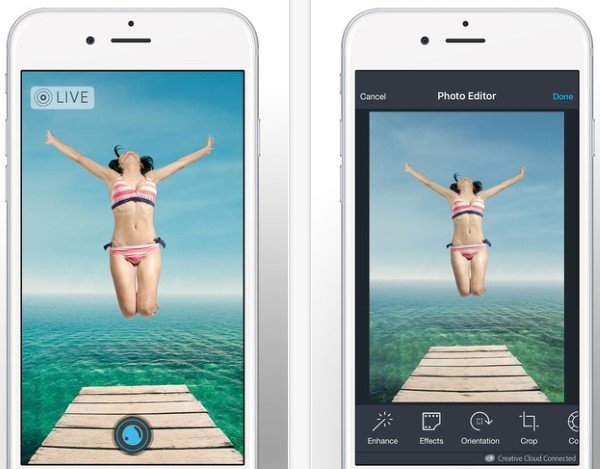 Not so long ago, a jailbreak tweak called PhotosLive was released for iPhone users which allowed them to get the same native Live Photos functionality in the default camera app that was available for iPhone 6s and 6s Plus. While that was a great solution, jailbreaking is not convenient anymore. Camera for Live Photos makes it easy to gain this functionality for free.

Once you have installed the app, simply open it and press the shutter button to capture your Live Photo. Once done, it will automatically be saved to the Photos app. You can then view it by long pressing. The Live Photos format is the same as Apple’s so you can use them in all the ways that iOS supports them: set as background on supported devices and use in third party apps.

The app also provides some additional options such as the ability to export your captures in GIF or video format, configure the frame rate up to 30fps, change capture duration as well as adjust video/photo resolutions.

Camera for Live Photos is a free app for iPhone and iPad, and is not ad-supported and does not contain any in-app purchases. The developer has done a great job with the simplicity and functionality of the app so make sure to leave a good review for them when you download the app.