Apple announced iAds with iOS 4 and just like all things Apple, iAds looked impressive and different then other advertising services. iAds launched on 1st July and in this small time, according to a report by Los Angeles Times, both advertisers and developers are happy with the service so far. 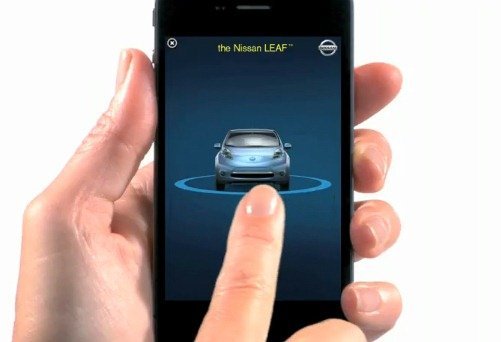 iAds are not boring like traditional ads and attract more customers as they are more interactive so it keeps the user interested for a longer time than other ads.

Looking from the developers point of view, iAds are providing premium ad space for their apps which allows them to boost their earnings through the iAd pricing structure. Even though it is in initial stages, many big companies are involved in its early days.

“We feel pretty strongly that this is the way to capitalize on where the mobile Web is heading.
What iAd promises is the most progressive thing I’ve seen to date.

Dictionary.com said on Wednesday that the amount it could charge for its ad space had increased 177% since it enabled iAds in its iPhone app, and CBS Mobile Senior Vice President Rob Gelick said the company’s six apps — including apps for CBS Sports, CNET, and GameSpot, were seeing up to $25 CPMs (the cost advertiser’s pay for an add to appear a thousand times.)

Advertisers are satisfied with iAds because of its level of engagement to the user and because users visit the ads time and again. The ads, like of Nissan in which the user is allowed to manipulate the car with their fingers, do a paint job and check its fuel efficiency, are really engaging and more fun.That’s why all the parties involved in iAds are looking satisfied with it.


Rob Master, the North American media director for Unilever, which put out one of the first iAds for its Dove shower products — said his company would soon launch a second iAd for its Klondike dessert bar. The company’s Dove ad featured videos and trivia games about baseball players Albert Pujols and Andy Pettitte.

The Dove ad resulted in a “double-digit” percentage of users seeking further information about the product, with 20% of viewers returning to check the ad out again. (Repeat viewers are marketers’ favorite kind — it indicates a clear interest in their brand.) That’s a good start, Master said.

Some other companies like Campbell Soup, DirectTV, General Electric and Sears are also looking to publish their iAds. Apple has gained $60 million in advertising commitments for 2010 which is about half the nascent U.S. mobile display advertising market. By the look of things, iAds would only improve over time for Apple, developers, advertisers and even users.