The public betas of iOS 15, iPadOS 15, and macOS Monterey are finally available. Users who have installed these operating systems on their devices might have already tried out some of the new features added to the native iOS Notes app such as Tag Browser, Custom Smart Folders, Mentions, Quick Note, Highlights, and more.

However, several users have discovered that notes created on devices running these operating systems cannot be accessed using earlier versions of iOS and macOS. It is entirely possible that any note created using these betas could disappear, so it is best that users wait until the operating system updates are officially released in the fall. 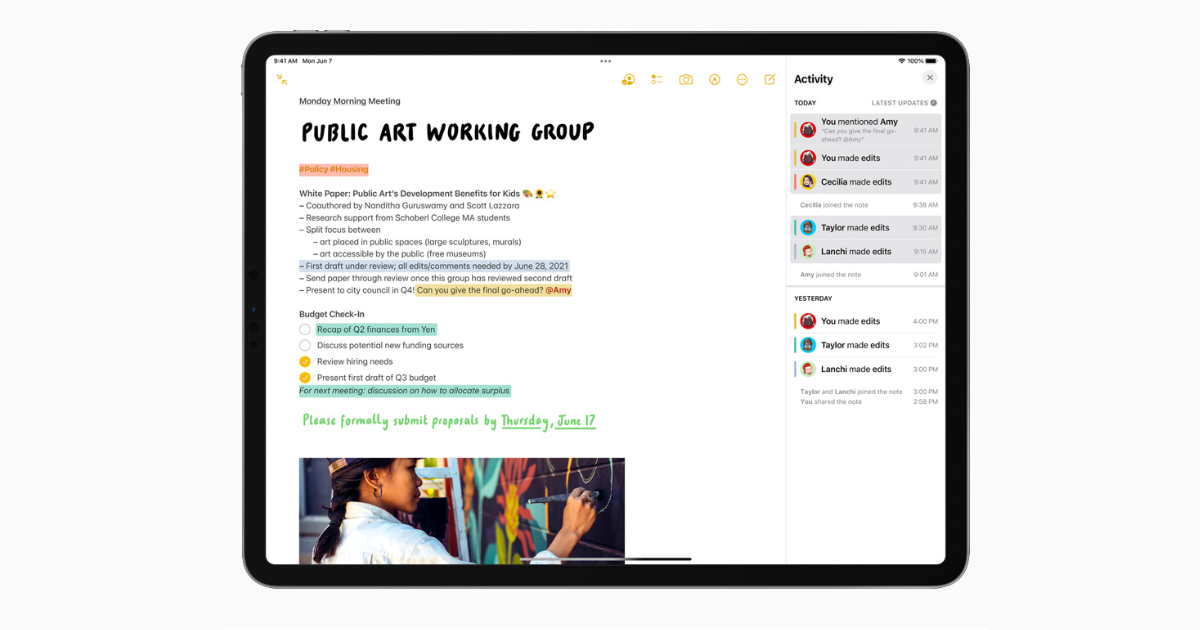 Notes created on iOS 15, macOS Monterey might be unavailable on older versions

First reported by 9to5Mac, If the Notes app detects a device in a user’s iCloud account running a version earlier than iOS 14 or macOS 11.3, it will let them know that they will not be able to access tagged notes or notes containing mentions on those devices.

However, if a user is running iOS 14.5 or macOS Big Sur 11.3 or later, any notes using @ mentions or tags can be opened as the latest versions of those operating systems are partly compatible with the new features.

As is the case with all beta software, it is recommended that users do not install them on devices they rely on for everyday use as beta releases often contain bugs and other issues which can have an impact on the user experience.

iOS 15, iPadOS 15, and macOS Monterey are currently available for developers to test out. The official releases of these operating systems are expected to roll out this fall in addition to the release of tvOS 15 and watchOS 8.