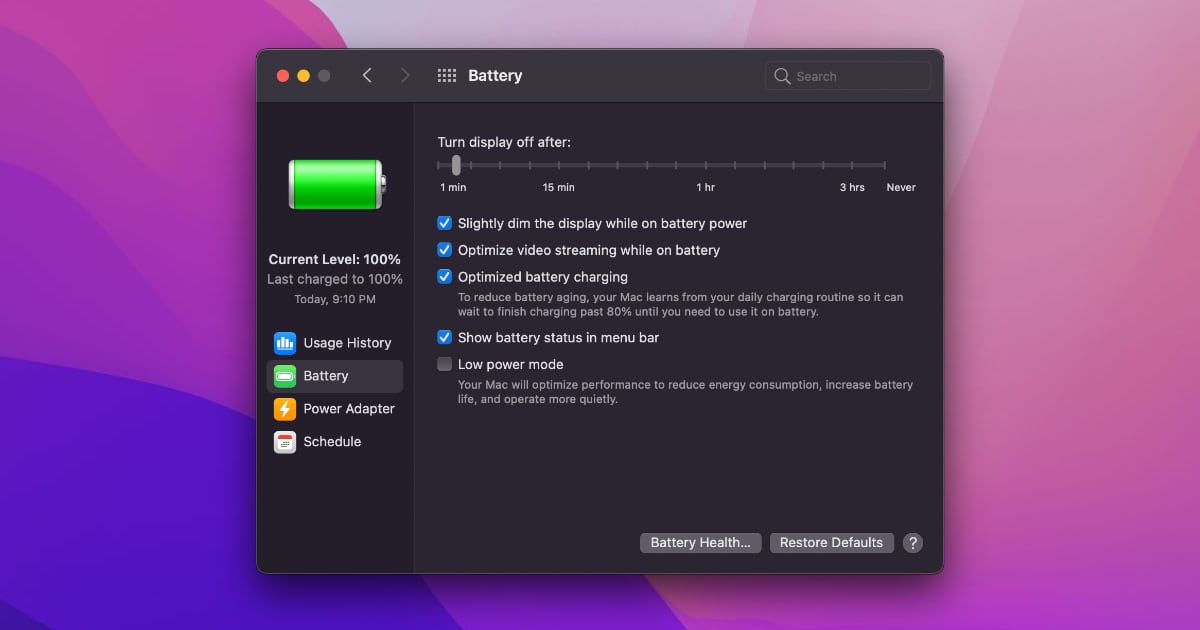 This energy consumption feature is not listed as one of the new features for iPadOS 15 on Apple’s website, but it is available in the first beta. You can enable the option by going to Settings > Battery on your iPad, and doing so will reduce background activity like background app refresh and mail refresh.

Apple has listed the new low power mode as part of the new features in macOS Monterey. The official explanation on the website is that this feature “reduces system clock speed and display brightness to extend battery life”, while in macOS, the setting toggle says that it optimizes your Mac to reduce energy consumption and operate more quietly. This feature would be quite useful on Intel Macs which can get very loud.

The low power mode setting is accessible by going to System Preferences > Battery and going to either Battery or Power Adapter settings. You can reduce power consumption even when our MacBook is plugged in.