A report published by TechCrunch early this week revealed Apple’s plans to integrate Twitter in iOS 5 for easy sharing of photos and other content. The claim was backed up by an official announcement from Twitter the very next day stating that it will soon launch its own photo sharing service as well as a hint from John Gruber of Daring Fireball that Apple will indeed be building Twitter deeply into iOS 5. Now, another source has shed some more light on Apple’s Twitter integration plans. 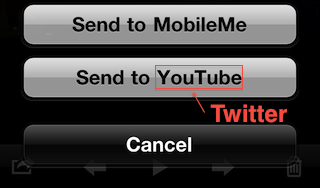 Next week will be a huge week for those of us who have lived on Twitter for last few years. Apple is building Twitter in deeply into iOS5.

I know someone who built the Twitter integration into iOS5 and I believe him when he says I’ll love it.

Apple’s big Twitter plans for iOS 5 and lots more will finally be unveiled on Monday at San Francisco where the annual WWDC 2011 event is set to kick off at 10:00am local time. Steve Jobs will inaugurate the conference with a keynote giving preview of iOS 5 alongside Mac OS X Lion and iCloud service announcements.