By now, we are quite confident that the upcoming iPad 2 will be having two cameras for sure, with the front one specifically for FaceTime video calling feature. Also, the supposed Camera.app of iPad 2 has already been extracted out of the iOS 4.3 SDK. Now, iPad 2 FaceTime.app files have been extracted in a similar manner out of the beta SDK of iOS 4.3 and have interestingly been installed on the current iPad as well. Its interface is found to be similar to FaceTime for Mac and is strongly believed to be the actual FaceTime application for the next-gen iPad. 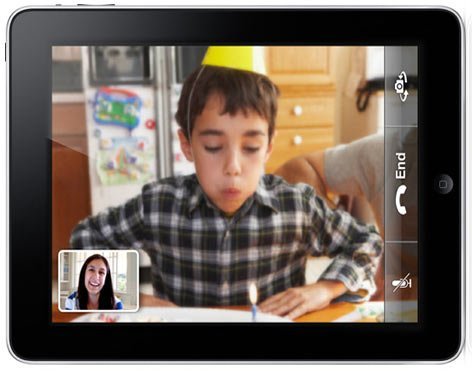